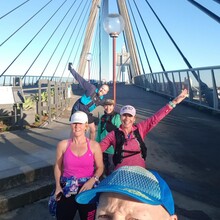 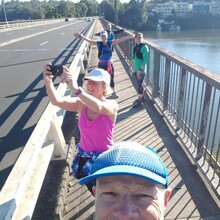 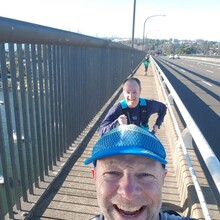 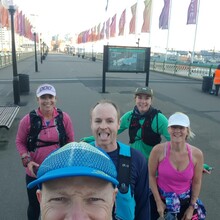 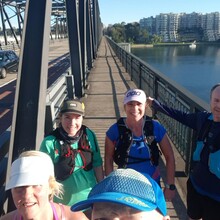 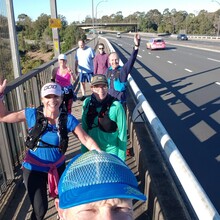 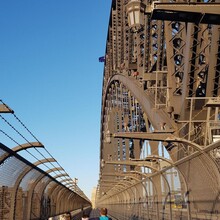 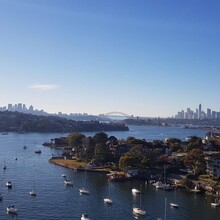 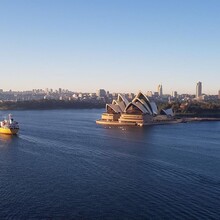 A mixed gender team (Jason Trimmer, Carolynn Trimmer, Rachel Reiken, Gavin Leathem & Lisa Swan) started the FKT attempt at Woollstonecraft, Sydney at 0700hrs on Sunday 02/08/2020. The morning air was crisp with blue skies. We had allotted a time of approximaely 2 1/2 hours to complete the clockwise direction run. Although we had all crossed the bridges at some point in our lives, we had never crossed all 7 bridges in one push, on foot! This was an adventure, close to home running across 7 iconic pieces of infrastructure in Sydney, Australia. We started well and once at each bridge, took pictures in order to document our run. Sydney Harbour bridge, probably the most famous of all bridges in Australia, closely followed by Pyrmont Bridge, Anzac Bridge, named after the ANZAC tradition. ANZAC means Australian and New Zealand Army Corps, collectively the troops from both nations that travelled to Europe to fight for the British Commonwealth in the First World War. Iron Cove Bridge, Gladesville Bridge, Tarban and Fig Tree bridges completed the set. We could have pushed the pace and ran at a faster clip, however this was a slower effort as we wanted to capture the views from each bridge. The last few kilometres back to the start point were quite hilly and we completed the run in 2 hours, 36 minutes. We all celebrated at a cafe nearby with a hearty breakfast each. Highly recommended especially to inter state and international travellers coming through Sydney. We ran with vests and carried our own drinks, no supplies were purchased along the way for our unsupported effort.