It’s October, which means the big guns are lining up for the prestigious Grand Canyon Rim to Rim to Rim!  Camille Herron is on the South Rim of the Big Ditch right now, preparing to have a go either this Thursday or Friday.

The R2R2R is one of the most iconic FKT’s in the world, because the best runners try it and it is one of the best routes - 4,700’ straight down, then 5,700’ straight up. Then turn around and go back.  As Rob Krar said, “Where else in the world do you start a run where you drop 5,000 feet in elevation? Mentally and physically, it is incredibly demanding.”  The current Female FKT is 7:52:20, set just last year by Cat Bradley.

Can she run the huge vert required by the R2R2R?  Camille very graciously supplied some thoughts in an email correspondence today - - -

Q: You have been hugely successful on the roads and some trails.  What brings you to the Grand Canyon for an FKT attempt?

A: I found out about the FKT website a few months ago and started studying some of the routes. I love long climbs and descents! I’ve never been to the Grand Canyon, so it sounded like an amazing place to visit and go for my first FKT attempt!

Q: R2R2R is a known quad-buster - the trails are non-technical so it’s possible to run very fast downhill - how have you trained for this in particular?  Are there hills for you to practice on in Oklahoma?

A: In Oklahoma, I do my hill training at Mount Scott, which has just under a 3 mile road that climbs mostly 8-10% grade to the top. I grind it to the top and fly down. I do a mix of long and short repeats. This is how I prepared when I won the Comrades Marathon uphill course last yr. We’ve actually been in Colorado mostly the past 3 months cause we bought a house in Alamosa, CO. I’ve been doing my hill work in Fort Garland, CO, which has a mix of steep and rolling dirt roads. We came back to OK, and I did my final hill session at Mount Scott which went extremely well. I decided I should give the Grand Canyon FKT a shot!

Q: The road to the North Rim usually closes on October 15.  How are you going to manage support?

A: Conor checked on service at the North end- the road is still open, so he’ll be able to get through. I heard it snowed today, but it looks good by Thurs-Fri! :)

Q: Have you been to the GC prior to this?  What do you think?

A: I haven’t been to the Grand Canyon, but my husband Conor has. I think that’s what makes this FKT really special! I hope I don’t cry seeing it for the first time! I’ll be taking snapshots in my head.

Note:  Camille is known for downing a beer at aid stations during record-breaking runs.  I also discovered she holds the Guinness World Record for the Fastest marathon wearing a superhero costume - female (she won, setting a new Course Record by 20 minutes).

From Camille's Instagram:  My first run across the rim-to-rim @grandcanyonnps was overwhelmingly beautiful!   I had a perma-smile the whole time! I started very conservatively and cautiously going down the more technical South Rim, in the dark, with swirling winds and a narrow path at times by the ledge. Unfortunately, with my lack of familiarity I went off course twice and added on 2 bonus miles! Not knowing how much I was off, I kept plugging and hoping I could make it up in the North Rim. When I hit what should be halfway (21ish miles), I realized I was nowhere near the top. However, the scenery was simply spectacular, so I took a moment to soak it in.  I’m not disappointed- it’s the Grand Canyon! I still got in a great run, and I’m otherwise healthy and safe!

We asked her a few more questions, and her great attitude came through with this gracious Reply - - -

Q: Are FKT’s different than a race?  No course markings, no aid station, a need to navigate, unlike a race course?

I learned a whole lot from my first FKT attempt. It was definitely a bit strange to not pin on a race number and take off on a solo adventure run! The beauty of it all made me have a perma-smile the whole time! Course familiarity and practice are essential. I know Jim and Cat have a ton of experience at the Grand Canyon and that Cat made a few attempts until she got it right. I wanted to do it solo the first time, go at my own pace, and see what I could work on. My lack of course familiarity had me go off course by 2 mi, so this was the biggest mistake I can fix. I tried to push and make up for it on the North Rim. When I realized I was too far off, I stopped for a moment of pause to take pictures and take it all in-- something I've never done in a race!

I would come out earlier next time and practice both the South and North sides. There's definitely a technical skill with the steps and descents. I have great respect for how fast Jim and Cat went, esp. on the South Kaibab descent! I felt like I did really well with my nutrition and hydration. I knew where there was water on the North Rim, so I was able to top off my bottle. It was neat to overlap with the hikers- they were courteous and cheered me on. I missed getting to see the mules coming back on the South Rim, so that will be a unique experience the next time I try.

I'm coming back from an injury this summer, so I haven't raced since last spring and felt technically rusty and not accustomed to the stairs. From a fitness standpoint I feel good and had conditioned my legs well for the climbing/descending. It was all really fun! I wouldn't change a thing in my preparation other than coming out to practice the technicality. The conditions were comfortable-- the wind was swirling and a bit scary at times on the South Rim being more narrow and close to the ledge. I did well with my fueling and hydration.

I definitely want to master the Grand Canyon! I feel like I got in a great training run in a beautiful place and will get a fitness boost from it. I think we will go home and have a better idea how we'd plan to try again when the time is right. Maybe early next Oct.! 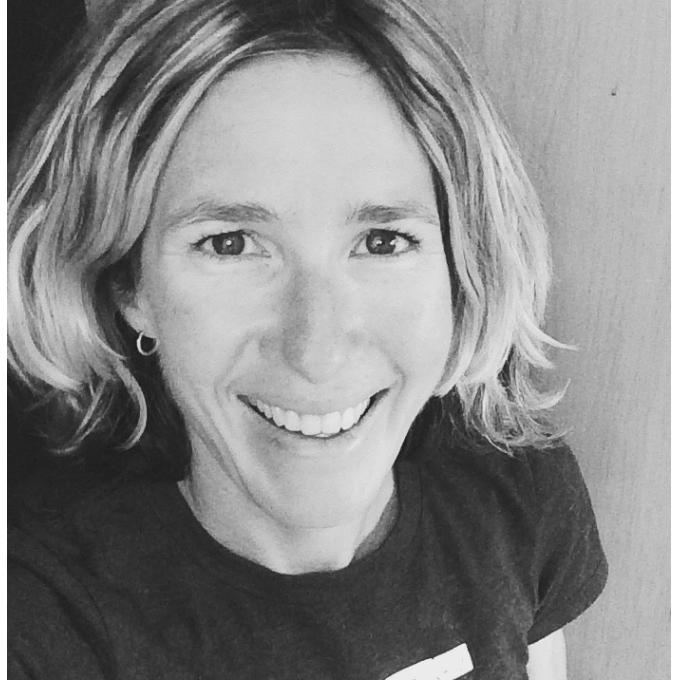 Love the updates on the latest attempts to better the ever-falling, fluid R2R2R records!  Keep'em coming!