Article: Planning An FKT In A Foreign Country

Whilst there are of course hundreds of routes still to be run and rerun near home, there’s no denying that there’s an adventurous allure to attempting an FKT overseas. Whether it’s just a holiday side-adventure such as running up a nearby mountain, or a true expeditionary epic the likes of Ryan Sandes and Ryno Griesel’s Great Himalaya Trail undertaking, the added excitement comes with a whole host of new, and at times unexpected, variables that need to be considered.

Written from the lessons of experience — the many misadventures and ridiculous anecdotes of fitting ultra-expeditions and FKTs into research fieldwork and traveling — this article lists a few additional factors that may need to be considered beyond the standard home-ground logistics.

Hopefully this article might get you planning of your own foreign FKT, and stoke the fire for when we’re all able to get back on the trails again!

Unless you’re bringing some very dedicated friends and family along with you, getting yourself a support team can be a major hurdle for longer routes.

One option is just to go Unsupported or Self-supported. Otherwise you better start making friends. If you can stay in the area for some time beforehand it’ll give you a chance to integrate. Equally, find a way that your expedition can be of interest to the local community — give them a reason to get involved. As an example, by tying in fundraising for a community cause, I managed to secure the support of an eclectic crew of freedivers and local Indonesian villagers for a project in Bali. Even the local food-stalls joined in — who knew that ‘official sponsorship’ could come in the form of peanut sauce, fried rice and papaya!

Nutrition is a critical factor in ultra-distance performance, and can easily make or break an FKT attempt. Be aware that depending on where you go, you may not have access to the foods and fuel supplements you’ve trained with. And whilst you can plan to bring enough with you, disaster can strike — I once had a race’s worth of energy bars confiscated at airport biosecurity in Fiji.

So plan ahead and have a back-up plan. You may find that your stomach is more resilient than you thought: turns out that Indonesian ‘Knockers’ bars aren’t that dissimilar to Snickers; chicken sate and mango makes a fine energy bar substitute; and that you can in fact run for two days on freshly-shot New Zealand venison. But you don’t want to test these out on the day, and the local cuisine may take some getting used to in advance—the trail is not the place for traveller’s diarrhoea!

Also think about water supplies. If you need to get filtered water cached in advance then do so—in some countries clean water just isn’t as available. On the other hand, the opposite may be true: the mountains streams of many countries provide a ready source of pure, clean drinking water. 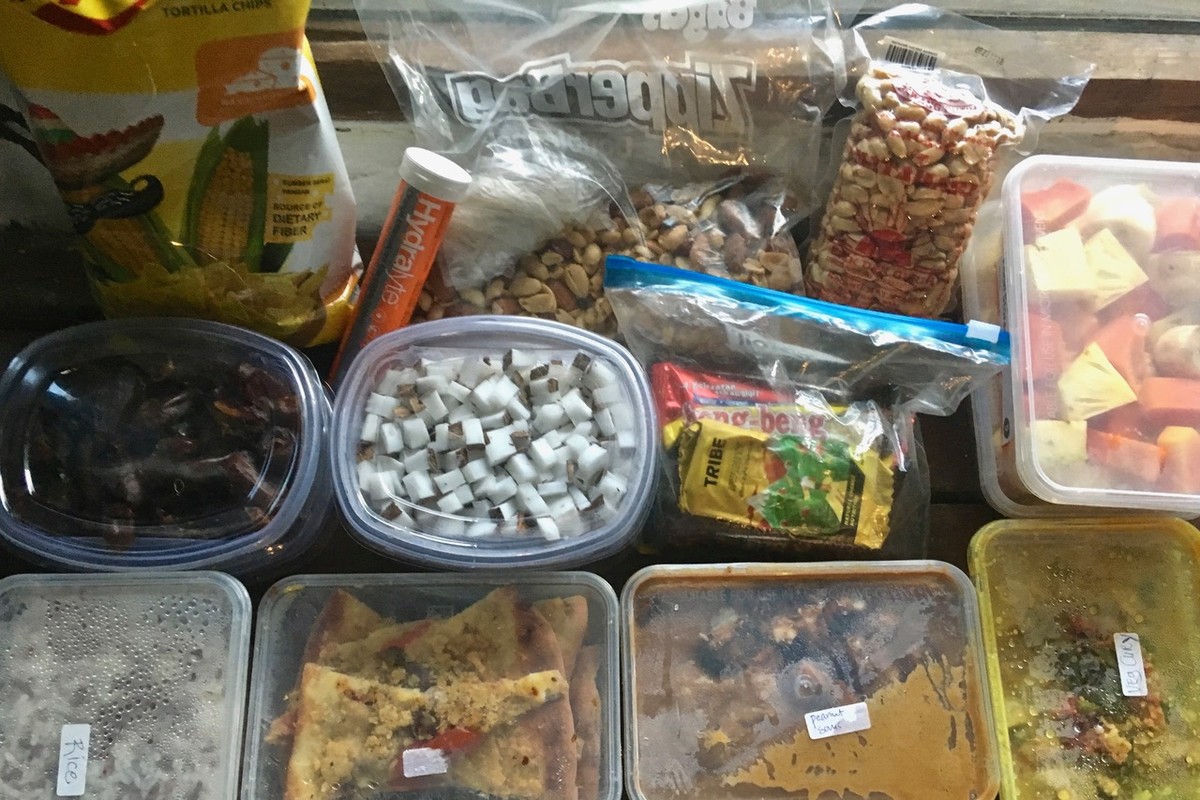 This is a big one. You don’t want to be obnoxious to the culture who’s trails you’re running, or worse to have the police stop you half way. For example, running shirtless, or even with knees showing, is a major no-go in many Islamic countries, and when entering a village in traditional Fiji, a sarong and hat must to be worn. There are countless contradictory customs the world over, so do your research. After all, the highlight of many foreign ultra-expeditions are the local peoples and cultures they expose us to. You may be truly astounded by the kindness and hospitality of strangers.

As a side note, always remember your position of privilege in being able to undertake such an expedition. Depending on where you are, those living in the communities you pass through often won’t have the excess calories, time and money to do so.  However exhausting and heroic your effort might be, you’ve chosen to do it — they may not be able to. Respect and cultural curtesy are prerequisites to such privilege.

Of course there are the obvious hazards — venomous snakes and insects, poisonous plants, aggressive wildlife — but even if you’re not crossing the Amazon jungle there can be very real hazards that could potentially put an end to your whole trip. Questionable foreign drivers might be one, aggressive dogs another — once in Malaysia I was even pursued at full sprint by an angry, and extremely athletic, guard goose.

Even the minor things can become excruciatingly major after hours on the trail — constant midges and sand flies can amount to a hellish nightmare, and that 4:30am Call to Prayer may just ruin those two precious hours of sleep on your 48-hour FKT attempt. Consider all the potential hiccups, and plan accordingly.

Local climate and conditions will play a major factor in performance. Whether that’s extreme cold, dryness, heat and humidity, or even altitude, make sure you’re ready for it. If you can, get there beforehand to acclimatise, or if not, get onto multiple-layer-clad runs or ice baths back home — there’s always a cheap DIY alternative.

Also, be sure to have the stuff you need, whether that’s appropriate kit, or a well-thought-out hydration strategy. You don’t want to be begging salt from a thoroughly bemused Balinese farmer: trying to explain muscle cramping and why you’re running in the midday sun (for fun…) isn’t all that easy with only minimal language skills! 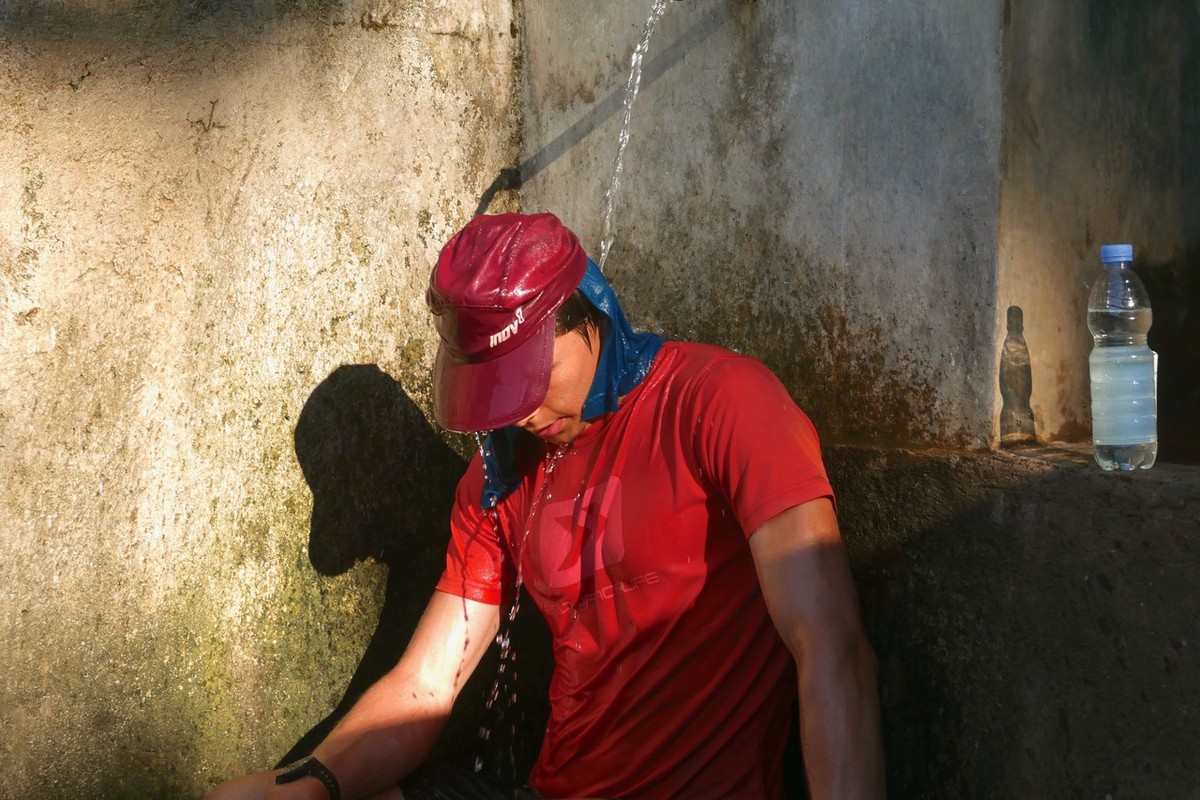 Finally, it’s worth noting that the trails of the big wide world come in an infinite array of flavours, and you’d do well to consider this closely. And it isn’t just as simple as realising that you’ll be running on technical or smooth trail. The nature and degree of that technicality can vary enormously: there’s a massive difference between the technicality of dry mountain trails in the alps and the swamps of the rainforest or Scotland.

Equally, local definitions of trail and technicality may differ somewhat. It turns out that in the depths of the New Zealand bush, what’s casually referred to as a ‘walking track’ may account for anything from thickets so thick that they literally require crawling on your belly, to crossing black swamps that reach your armpits, to wading for three miles along a lake shore littered with fallen tree-trunks.

It’s mostly common sense: do your research and plan accordingly. But also take the time to consider non-performance related factors: especially in terms of culture. They may just be the most critical aspects of the entire expedition.

Think through the process of the adventure and work through each logistical challenge and potential disaster in advance. Open Caltopo and start plotting. Think it all through from conception to completion.

But most of all, heading on an expedition is about facing the unknown. Embrace the local nuisances and eccentricities. Don’t just plan to mitigate them, but find ways to incorporate and celebrate them as part of it. View them instead as an opportunity to do something unique or new; to challenge yourself in novel situation. After all, it’s this exoticism that brought you there in the first place, and often the most interesting part of the experience and story is that which at first posed an issue. It is the unexpected and unusual that makes the adventure, and the attitude with which we respond that counts.

So get planning! There are so many incredible playgrounds out there; so many iconic classic routes to be rerun; so many aesthetic lines yet to be put on the global FKT map. Your imagination and creativity in problem-solving are the only limits. 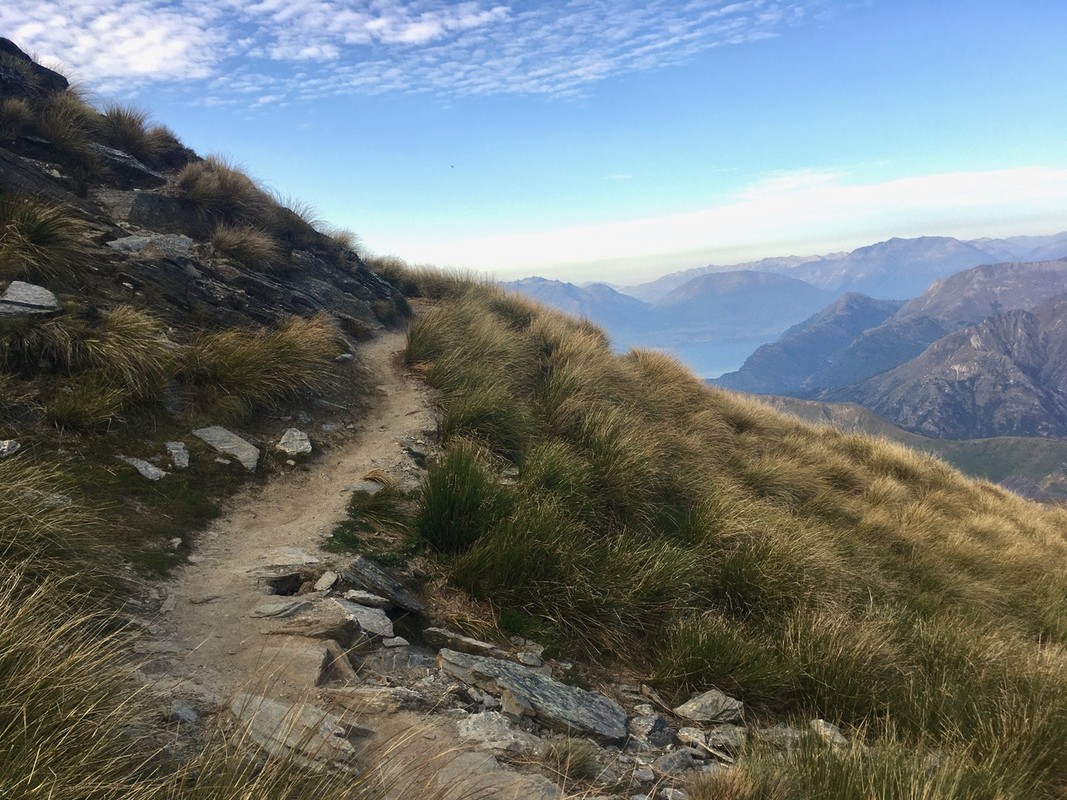