This POV (Point Of View) video, documenting Joe McConaughy’s 2017 FKT on the Appalachian Trail, was filmed entirely by Joe himself with a GoPro, and might have been difficult to watch, except for three things:

1. Joe hiked 48 miles per day for 45 straight days, with no support crew, breaking the times of some of the best ultrarunners in the country who had support;
2. A film editor then worked hard crushing down hundreds of hours of film into a tight and interesting little video;
3. This is real. That’s Joe out there, unembellished in any way.

It’s way easier for you to spend 14 mins and 10 seconds watching this video than to hike alone for 2,189 miles, 16 hours a day, for 45 straight days! As Joe said on the Fastest Known Podcast, "I think the video does it justice, showing just how challenging, and remote, and really different this experience is."

Joe was awarded the 2017 Fastest Known Time of the Year Award for this accomplishment (with the former record-holder saying, “If Stringbean doesn’t win, take me off this list!) The video shows the start of the hike, and a few places in between, mostly using titling and narration to describe what he did, as self-footage is very real but can be limiting. A highlight certainly is at the end, when he calculated he had 110 miles to go but only 48 hours left to get the record. We hear him quietly say,

“This is the part where you have to lose your mind a bit”.

Then he threw down, skipped sleep, and finished 10 hours and 23 minutes under Karl Meltzer's Supported record from the previous year, and 8½ days under the Self-Supported FKT. (Read more about Self-Supported and Supported styles in our FKT Guidelines.)

This video was released on February 21, 2019, and you can watch it for free here. Joe sincerely wants to share the experience: "I just hope people check it out, because it’s fascinating.” I agree. This is Joe's new website. 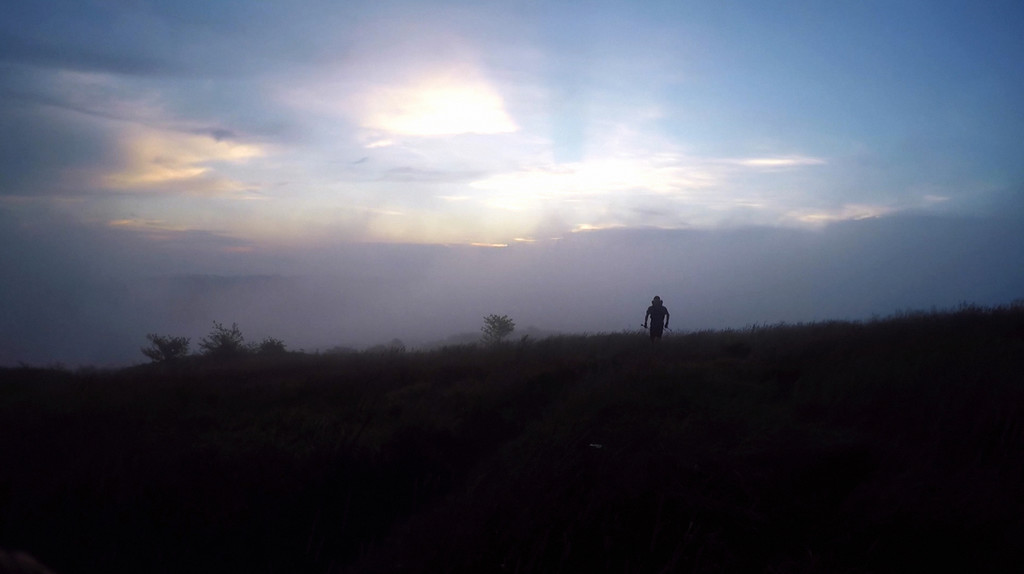 A great addition to this story is our podcast with Joe, where you can hear him very thoughtfully describe the experience, and ponder whether the travails of going Self-Supported are worth it. I personally know many of these highly accomplished thru-hikers, and have always been fascinated by their personalities - needless to say they are super-strong, determined, and methodical - but while one might expect them also to be hermits, instead they are very articulate, thoughtful, and always a delight to converse with.

Backpacker wrote about the trip, as did Outside Magazine, which included this quote by Peter Bakwin: “Guys like Jurek and Meltzer run with a fanny pack or a hydration vest. Every ten miles, they come across their crew, who rub their legs while they sit in a chair eating food someone else has prepared. At night, they sleep in a bed and ice their injuries. Contrast that with Joe, who carried a 25-pound pack and set up his own camp and slept on the ground every night.”

My favorite part of this video - heck, maybe of any running video I’ve ever seen -- was not the hard charge at the end but rather at the beginning. We see him at the start with his parents, standing on top of Springer Mountain, Georgia. 2,189 miles, 14 states, and 464,500’ of vert to go. All alone.

His Mom calls out, “Have fun, sweetie!”

Love the new technology that allows us all to experience a piece of this grand adventure...and can officially verify FKTs from space!