"Hey Everyone! So I wanted to officially let you all know my plan for this winter, which is to join those who have tried before and attempt to climb all the 14ers in one calendar winter. I've gotten off to a slow start."

"Before this year I hadn't actually climbed any peaks in winter…"

With that extremely low-key announcement on the 14ers.com forum, Andrew Hamilton set off to climb all 58 of Colorado’s summits over 14,000’ between the start and end of winter on Dec 21 and March 20.  Normally, if a person had never done any in winter they would be subject to ridicule and scorn, but this is the King of the 14ers we're talking about …

"I started with Chicago basin, hiking all the way in from purgatory in one 36 hour push. Half way through I injured a foot tendon and for nearly 20 miles and through a wickedly cold night I hobbled back out."

"So I've kind of squandered a ridiculously dry start to the winter season. I have about half of the remaining winter to work with because of my schedule with my kids...I'm not sure if I'll be able to pull this off …"

Well, he did pull it off … in his typical style: not particularly fast, but with an insane capacity for sleep deprivation, toughness, and determination. 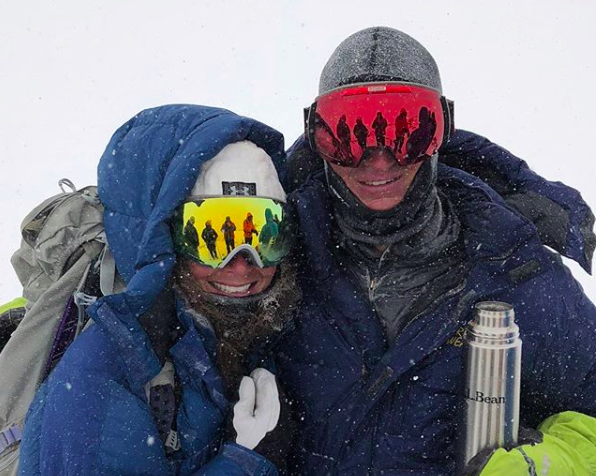 "My mantra for this and all my adventures seems to be "Be not afraid of moving slowly, be only afraid of standing still". That can also apply to life I think."

For the Sawatch summits, instead of going up and then back down to the trailheads and then driving to the next trailhead, he did them in one push, thus also becoming the first person to complete the fabled Nolans 14 route in winter ("Snowlens").

The Elk Mountains were near the end of the trip. He linked Capital, Snowmass, and the Maroon Bells, in one 53 hour, non-stop push. Alone. In winter. 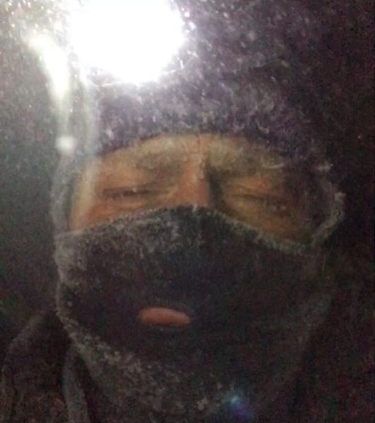 "On the descent I was just trying to follow my snowshoe tracks back to my gear, but three times I woke up and realized I had been sleepwalking. Then I'd notice I wasn't on my tracks anymore and would have to hunt around for them before continuing the descent."

"It's hard to capture in writing the desperation of the night. Eventually I found the tracks from the previous morning, then slowly finished the last couple of miles to the car. I turned it on, sat down for a few minutes, and had a slight emotional break down as I thought about what i had just been through."

"I suffered horribly coming out snowmass creek the other night. My foot injuries are flared up, it's cold, it was miserable, I'm moving super slow, taking lots of naps, etc. It feels like you are constantly under threat of death. Basically other than short naps if you had to stop for a long time you would risk getting too cold, and of course fear of avalanches is always there."

"Auto racing, bull fighting, and mountain climbing are the only real sports ... all others are games."
- Ernest Hemingway

"I think I pushed myself pretty close to my emotional breaking point a couple of times as I was dealing with super painful foot issues, that also weren't the type that were going to stop me.  Kind of like blister pain, with blisters you know its going to hurt for awhile, but you aren't permanently ruining anything, so you can go on confidently just seeing if you can endure the pain.  So some of those hikes were basically just exercises in how much pain I could stand before I had a mental breakdown.  I'm so glad to be done!

"Moving forward, with winter Nolans (Snolan's) complete I only need a Spring Nolans to have completed the Nolans "Seasonal" Grid.  So that may be on my plate for this spring if I can get my feet healed up."

Andrew continued on the 14ers.com Forum (which received over 800 Comments on his effort):

"It's funny, it really feels unsatisfying to me to record this with a "time". It was really about finishing a project within a timeframe. As I mentioned in an earlier post, if I was interested in my speed for this project I would have left home and not come back until the project was finished."

"I don't really think the time would be that hard to beat. It took me the whole winter! I mean look at what I had to work with. Start with 12 weeks of winter. I have my kids every other week so that left me 6 weeks that I could climb with. In each of those weeks I'm picking up or dropping off my kids on Mondays, so I had only 6 days in each of those weeks."

having a job would pose a real threat to the endeavor." 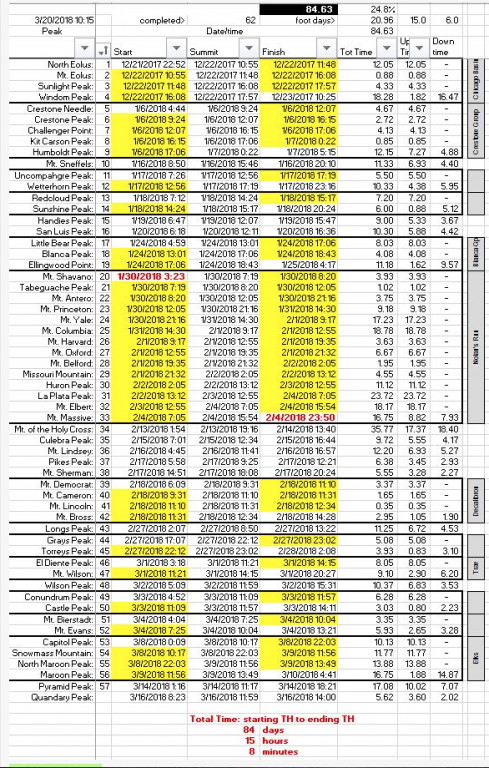 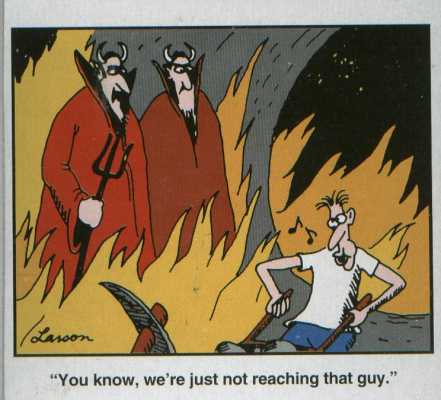 Expanding his dominance of the Colorado 14ers, Andrew Hamilton became the first person to complete all 58 peaks in one calendar winter.  The previous year, Will Seeber had completed 51 peaks, the most to that time.  Hamilton's quest was followed enthusiastically on a thread on 14ers.com .  In the thread, Hamilton himself gives detailed reports of many harrowing (and really long!) outings that were required to complete the project, including a 53-hour traverse of Capitol, Snowmass and the Maroon Peaks, and the first winter crossing of the Nolan's route.

Respect. That Farside cartoon is perfect.