The Corbin Loop is a 27-mile loop circumnavigating Corbin Park, an exclusive 25,000-acre hunting reserve, one of the largest in the lower 48 states.  Corbin Park was formed in 1898 by Austin Corbin II, a railroad magnate and robber baron born in nearby Newport, NH.  Corbin populated "the Park" with exotic animals like American bison and Eurasian wild boar who from time to time would escape the 12-foot fence that I’ve uses as a navigation guide to set the parameter of this run.

The tread way runs into the lush NH forest on mostly old farm, jeep and Class 6 roads that run adjacent to the park fence, and for a time on maintained town roads in Plainfield and Cornish when private property makes keeping contact with the fence impossible.  Along these maintained roads are handsome farms that withstood Corbin’s unscrupulous tactics, while deep within the woods are the ruins and cellar holes of farms he razed and families he dispersed.

I ran this route counter clockwise starting at the Four Corners Cemetery in Croydon where you will find some of the original Park inhabitants.  Of the 5-towns the Park envelopes Croydon lost the most, over 10,000 acres, but Cornish Flat, the only town center the run passes through is another good place to begin, as it is a quintessential New Hampshire village.  There are plenty of water crossings on route.  This route is best run early in the day, preferably a weekday when locals are either at work or hungover as it can see heavy 4-wheel traffic.  Most of the terrain is rolling with slight elevation gains, the exception being dropping from the Cornish Turn Pike on Brighton Road which is steed, loose and often wet.  Speaking of wet many of these ancient roads turn into mud pits after storms. 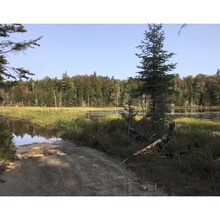 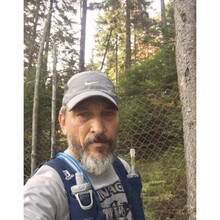 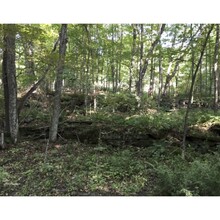 NIce!  I ran a similar route a little over three years ago, hugging the fence-line more through Cornish on some long since abandoned Class IV, some nice singletrack, and some bushwhacking.  My time was 6:02:49 from car-to-car.

I also ran a 40-mile variation on my 40th birthday earlier this year: