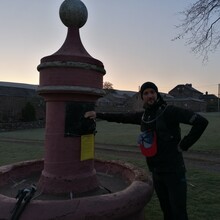 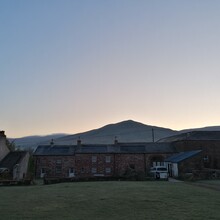 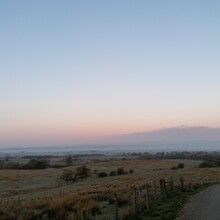 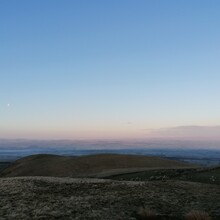 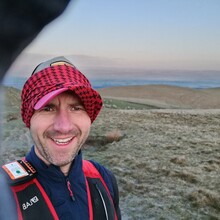 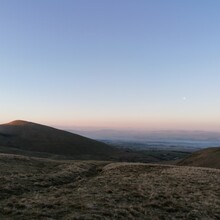 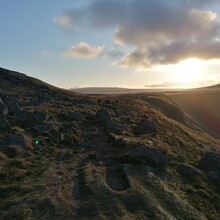 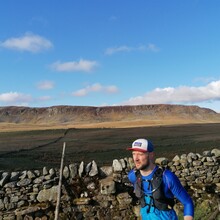 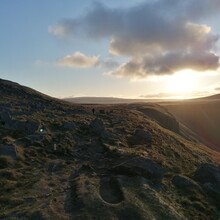 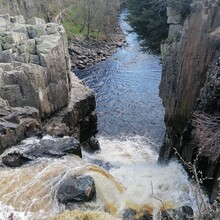 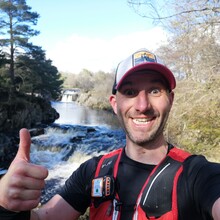 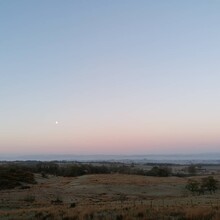 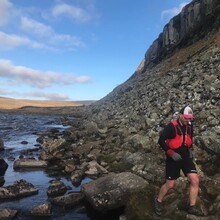 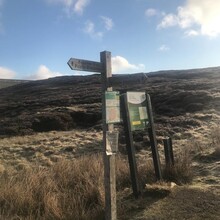 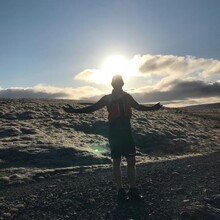 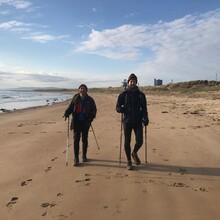 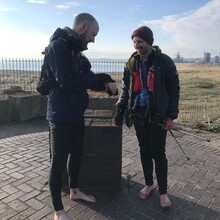 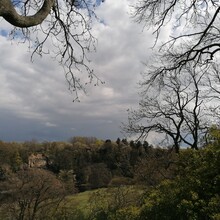 Set off from dufton at 5.25am. It was cold. Very cold. Such an amazing morning of running though. That section through to middleton was magical. First stop there. Change of socks, food and some water. On to Egglestone, v quick pit stop. Met the family in Barnard Castle, pie for lunch. Support van joined at gainford. Run into darlington was fine...boring section. Changed into cold weather clothes in Hurworth, then push on through to Middleton one ro. The next section through to yarm was the one that scuppered us last October because it was so wet and muddy, and the balsam, and hog weed was so high. This time the ground was dry, and the balsam low....loads better...though I still hate that section. We mistakenly assumed the next section from Yarm to the Tees Barrage was short...it was not. We got very cold (well tom did!) and had to throw on multiple layers. Didn't think we would make it. It slowed us down, meaning our chance at sub 24 had gone. But we managed to push on.
We got to Warrenby where we had originally thought the route ended, but had seen that some suggested the end of south Gare...so we had one final last push to the very end of the gare just for safe measure. Dipped the feet in the sea. Cracked a beer. Done

We both ran together. Refuled at various stops.