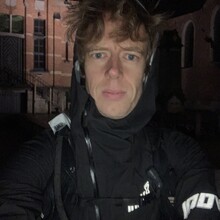 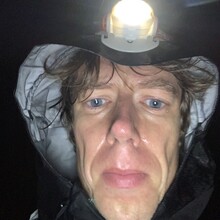 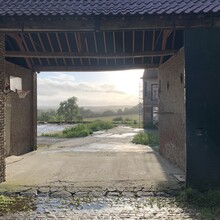 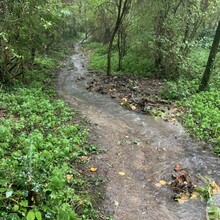 After 60 km I am ready to give in. I ran through the night in pouring rain and blasting wind, my legs were already hurting more than they should for the distance covered and the conditions were everything but favorable to run a decent time.

At the time I settled on the date for my attempt the weather forecast looked pretty decent with only two short showers throughout the day. As the week progressed it looked that there could be a bit more rain, but it was only on the day itself that I realised that the chances for constant rain were quite high… But then again, we’re not in the mountains, how bad can it be. I’d soon find out…

I started on september 25th at 23:30 for an anti-clockwise unsupported loop departing in Oudenaarde (as is the case on the GR-website). Initially the rain is still fairly mild, but by the time I reach the Koppenberg at around 5k it’s already pouring, but I am glad the first forrest section goes well. It soon becomes apparent that it will be impossible to keep my feet dry as big sections of the route are covered in water, regardless if I am running on trail, track or road. My jacket is just about keeping the wind out, but it only takes a few hours before I am soaked. These are definitely not the best conditions to run through the Kluisbos forrest as the road is covered in fallen leaves and branches. But as I don’t even notice any small stuff falling around me as I run through I am kind of relieved.

The section to Ronse has a lot of road, but is hard enough in the dark and rain. Past the muziekbos forrest there’s more unpaved sections coming up, and I am on the lookout to fill my water stock at the fountain at Queneau. After filling my water bladder I notice it got damaged while pulling it out of my backpack. This is a real bummer as I now have to rely on a 1 liter softflask with water filter for which I have no way to store it in a way that’s convenient for regularly accessing it.

The next section through Brakelbos, Livierenbos, Steenbergbos is one of the nicest of the route, but my legs already feel very heavy at this stage. The intensity of the rain had been reduced during the second part of the night, but was at it’s worst again in the early morning. At this point it was a matter to keep moving to avoid hypothermia. It’s in this state that I reached the 60 km point in low spirits. But all things considering, the prospect of quitting wasn’t too appealing either (among others as it would involve sitting on a train in wet shorts…), so I continued for the time being…

At the top of the Muur I took a short break to record a short Facebook-live message. After crossing a nice section through Raspaillebos I phoned home announcing that I would continue to Lierde (which also has a train station) and see from there.

Crossing the Dender in Zandbergen, I was at the farthest point from Oudenaarde. From here on I was on the lookout to refill my water bottle on a cemetery. The first one at Voorde doesn’t seem to have a tap, but at Sint-Antelinks I manage to find a rainwater vessel with a tap. As I have a filter and the rain is “fresh” I am confident this should be fine.

I have reccied the next section in the opposite direction, but clearly this doesn’t help to avoid a series of small navigational hiccups passing through Duivenbos and Parkbos towards Lierde.

Reaching Lierde I have already covered 110 km, so “it’s not that long anymore”… Although it’s still 6 km before I reach a sign indicating 45 km to go to Oudenaarde, which causes a slight panic as I anticipated it would be less. In any case, to get through the last part of the route it was clearly time to pull out some “mind tricks”. My pace had significantly dropped, but 7:30 min/km or 8 km/h on average seemed manageable, so that’s what I aimed for… Giving myself walking breaks on uphill sections as long as I remained within this target and eating something every 7-8 km.

I manage to stick to this plan and as the rain stops after a good 17h of running, I am slowly starting to warm up again. In this last section I experience a sugar dip, but this is quickly resolved after eating some dark chocolate. At 151 km I try to estimate the remaining distance and figure out there’s 8 km to go. One hour to go, I can manage that! The last uphill is longer than I remember, but then, there’s a big relief to be descending to the finish. I touch the signpost and mistakenly hit the lap button on my watch, finishing in a time of 19:01:43 (the second lap only being around the bus stop until I realised my mistake).

I was completely drained, but happy to have finished in a record time. There’s definitely a lot of room to improve on this time, for starters in better conditions, but I’ll leave that to others for the time being.