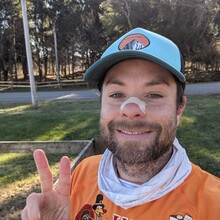 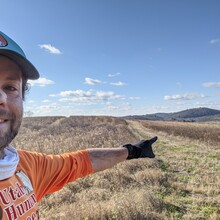 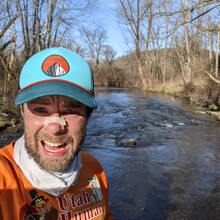 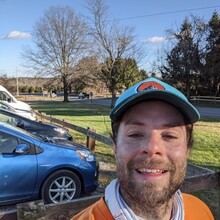 First of all, big shout out to those who came before me; Shaun, Matthew, and Katy. I believe I took pieces from each of your routes to come up with my planned course. I had originally planned to do the Naked Nick next weekend, but with that getting postponed, this looked like a fun alternative!

Things didn't go entirely to plan but it worked out pretty well in the end. I decided to start at the Union Canal parking lot near the Stilling Basin and head counter-clockwise. The plan was to get warmed up and hit the game lands early on while I was still fresh mentally to handle the off trail navigation portion of this loop. Other than having my hat ripped off by thorns at some point (which I found even more stuck in my hair taking a shower) I got through the game lands pretty well. After that I decided to hit the roads for a bit and skip out on the trails near the old ski slope since those climbs are pretty rough. I got back on the trails where School Lane and Peacock come together. I couldn't remember the rules on using the foot bridges so to play it safe I forded the stream at this point and had 2 more in the last 6 miles or so. My legs were pretty numb for a bit after the final one at Spring Creek (felt like I was trying to ice my legs mid-run). I got back on the road at Justa Rd and planned to be on Brownsville for just a quarter mile or so, but the trail I had hoped to take back down to the lake had some iffy No Trespassing signs so I decided to just stick to the roads for longer than I wanted and got back on near the boat launch instead. Probably ended up being faster but I would have rather been on the trails. After that, it was just a push back to the Stilling Basin and a welcome end to the run.

All in all, this was a heck of a lot of fun. I loved mixing in trail and off trail navigation. If I were to do it again, I would probably try to cut out some of the road sections. Brownsville and N Heidelberg aren't particularly running friendly; small shoulder, plenty of traffic, and high speeds. Although they were faster they weren't nearly as enjoyable as the rest of the run. I would love to get back to Blue Marsh and do a full circumnavigation of the trail system at some point.

Also commented on Strava.  Awesome run Aaron. Way to embrace the spirit of this route. I looked your route over and it looks ok to me. And yes, Spring Creek can be a cold MF. Congrats. And check out Blues Cruise 50K in Oct. It is a race around the whole lake on the trail system.