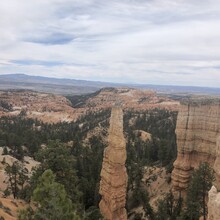 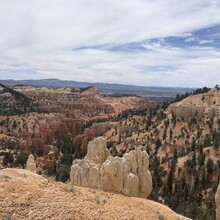 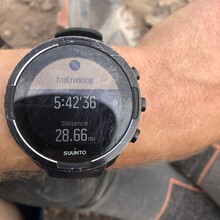 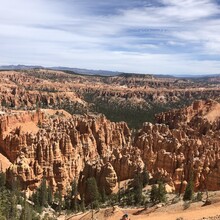 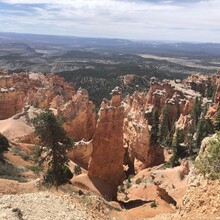 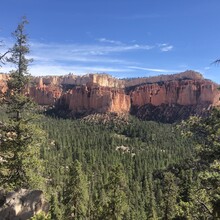 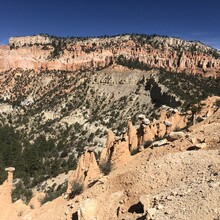 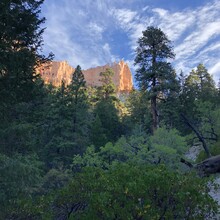 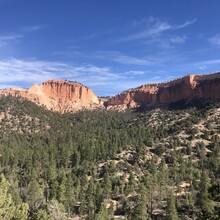 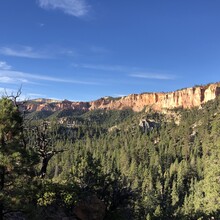 I've been wanting to see Bryce for a while. I realized I had a day off of work, so decided to head down for an overnight and run the traverse. I dropped my bike at Fairyland Point. I was a little worried about water sources and wasn't able to get in touch with the visitor center, so I decided to stash some water at Swamp Canyon. I made it to Rainbow Point around 6am and was running at 6:17. The first handful of miles were pretty sandy which made the uphill slower than expected. I had to empty my shoes and socks out a few times, gaiters would have been nice. The first 10 went by pretty quick as it was still nice and cool out. Lots of deadfall, but the trail really isn't too bad. I made it to my water at Swamp with plenty to spare. It was pretty cool in the morning, so I think I could have made it to Yellow Creek no problem without the stash. Yellow Creek was running well, so I picked up a few liters there and that was enough to get me to the end. I only saw 2 people in the first ~22 miles, but then it got much more crowded when I made it into Peekaboo. It got pretty hot at this point and stomach turned a bit. As always the last 2-3 miles were more than expected and I was pretty tired. I made it to Fairyland in 5:42:36. However, I am by no means fast and someone could easily take another hour off. I then still had my bike ride back to Rainbow, which I wasn't too excited about. (Note: Don't forget to take your parks pass as you run, you have to re-enter the park as you make your way back to Rainbow). I was hoping to hitch a ride back to Rainbow, but it seems like people still aren't too excited about picking up hitch-hikers with COVID. After a slow, waterless ride, I made it back to Rainbow and made the drive home.