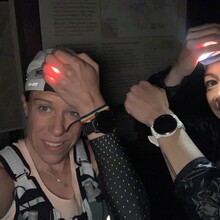 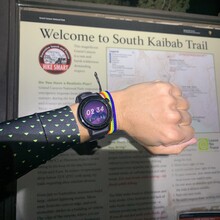 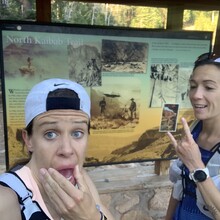 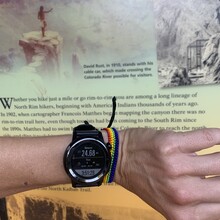 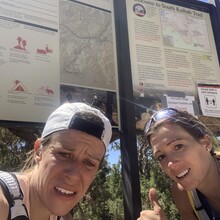 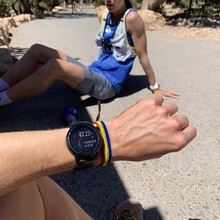 Corey Conner and I (Addie Bracy) set off from the South Rim on the Kaibab trail at 2:35am on Thursday, May 13th. We descended with headlamps into a dark Grand Canyon. We hit the river in just under an hour. We were in the dark until right around Cottonwood. We decided on such an early start because temps were supposed to be in the 90s later in the day. We were pleasantly greeted with some cooler temps and a nice breeze heading up the North Rim. We hit the North Kaibab trailhead in right around 3:51 and 6:25am. We took a few minutes to refill all of our water bottles and were glad to find out that our beta was true and the North Rim water had been turned on. We cruised back down the North Rim stopping to refill water again at Cottonwood. Temps were starting to warm up as we ran deeper into the canyon. We hit Phantom Ranch in a little under 6 hours where we stopped once again to refill water. Within a half mile of crossing the river and heading back out of the canyon we came up behind a mule train exiting the canyon. The riders yelled back for us to wait until they let us know it was safe to pass. We walked behind them for 8 - 10 minutes. We used that time to regroup and sip water as it was already getting quite hot. It was a warm jog/hike but otherwise smooth climb out. We finally arrived back at the South Rim at approximately 10:41am covering the route in 8 hours and 6 minutes.