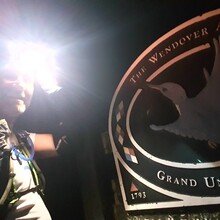 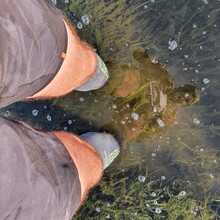 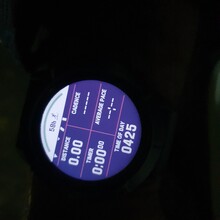 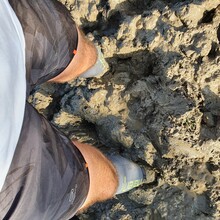 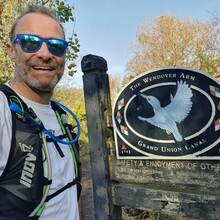 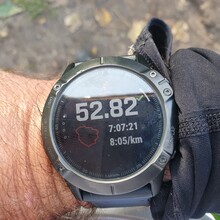 With my ultra this weekend cancelled at short notice due to the new covid 19 lockdown, I made the spur of the moment decision to run the Aylesbury Ring as it is local to me and has been on my "to do" list for a while.

What this meant was no recce work had been done on the route apart from having walked/run a few bits of it in the past.

I took 2litres of Precision Hydration 1000 electrolyte drink, 500ml tailwind and 500ml of flat coke. Food wise, I took a couple of peanut bars and some Haribo Tangfastics.  Yum!

I set off early, before 0430 from Wendover at the termination of the canal so as to avoid as many people as possible.

Within a mile I hit the first minor snag, construction of the HS2 rail line meant some small deviation from the expected path but nothing too major.

The first half of the route to Waddesdon is rather nice, gently rolling and with some variety of scenery. It was already becoming apparent that the huge amount of rain we had experienced in October (200% of average) had left the trail in a very soggy and muddy state. It was also becoming clear that the trail markers were sporadic at best and downright misleading in places. I had already had a couple of navigation "misjudgements" causing some backtracking.

In Waddesdon the path was lost to a residential development so had to box around in a diversion that probably added around 0.75km, little did I know that things were only going to get more tricky.

Starting the second half, yet more HS2 construction had left the trail in a sorry state of mud and minor re-routing but was easily dealt with.

The following 20km of farmland was a mass of waterlogged and flooded fields, ankle deep at best and at it's worst, I plunged up to the level of my shorts in floodwater! The mud was cloying and thick in the rare spots that had not flooded.

They say that everything is runnable if you are good, I am not, my mediocrity showed through as I slogged at a walking pace for mile after mile through the quagmire.

I was pleased to see the end and happy to have ticked the route off my list.

Would I run it again? Yes, I would, but not unless it was dry. It would be relatively easy to take  couple of hours off this time with a proper recce to aid with navigation and better ground conditions.