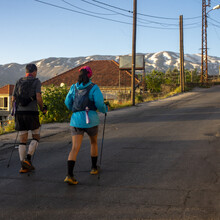 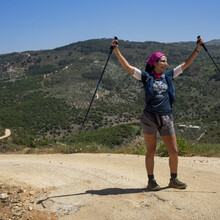 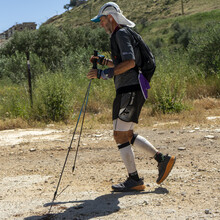 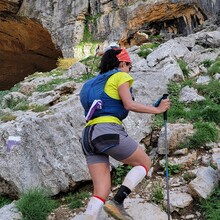 I'm submitting on behalf of Ali Kedami and Nayla Cortas both from Lebanon.

I set the previous FKT of 6 days 17 hours and 25 minutes in 2017. Over the past week I followed and supported Ali and Nayla as they completed the main route of the Lebanon Mountain Trail (450km and 22,000m+) in a record time of 6 days 12 hours and 15 minutes. There was a support crew following them and providing logistics and aid. Nayla is the first woman to complete a through run the LMT. The run was witnessed by dozens of supporters and is fully captured in video for an upcoming film project.

NOTE: the LMT is a constantly changing trail but their route which is essentially the same as my route also includes approximately 14km of additional distance on section A1 versus the route taken by me in 2017 and Avedis Kalpaklian in his previous runs in 2016 and 2015. So in addition to completing the trail roughly 5 hours faster they also covered this additional distance in that time.

Congratulations to Nayla and Ali!