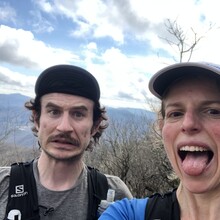 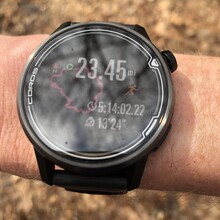 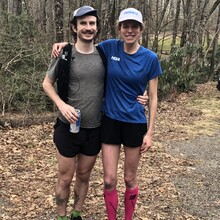 What else would we do to celebrate our wedding anniversary than a Loop along the AT.  After being inspired by Matt's killer performance on this route I wanted to give it a go and who better to support me than Ben :)  After crazy storms the trail was rather muddy but at least we didn't have to worry about refilling water!  About half way we ran into our friends and chatted for a bit then continued on.  The climb to Albert was adventurous but unfortunately the firetower was closed (we climbed up the stairs only to find out!)!  Tons of time to be taken off but was still happy to cruise thru and feel great after (only one fall, but no blood so did I really fall?) After we finished, we met some great people from Blue Blaze Brewery who were getting ready for the CDT and huge fans of FKT (Thanks Heidi for the beer!)  I love this trail community