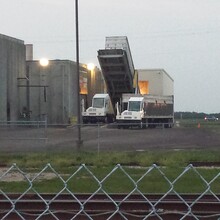 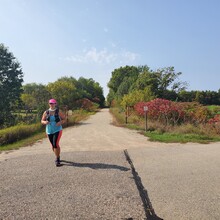 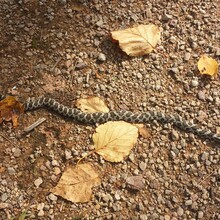 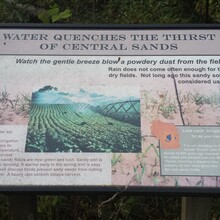 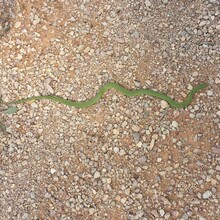 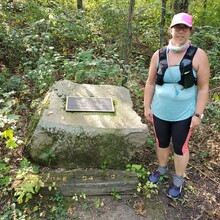 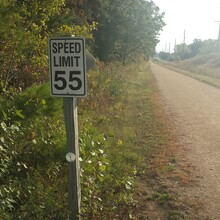 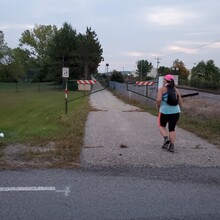 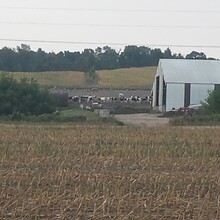 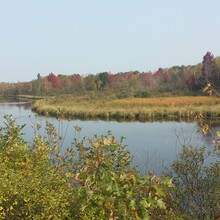 On September 22, 2020 I ran the entire length of the Tomorrow River Trail which runs from Plover, WI to Manawa, WI.  It is approximately 30 miles long and a former railroad bed.

The day started about dawn, near 6:30am, in Plover, WI at the Western Terminus of the trail.  The weather was overcast and around 60 degrees.  The trailhead is in a suburban environment, behind a grocery store (Pick N Save).  It started out as an asphalt trail but quickly turned to crushed limestone for the rest of the trail. The trail then went behind businesses.  One of which was Del Monte and you could see semi trucks dropping off and picking up loads, as well as the trucks emptying vegetables into the building.  Then, it ran behind a building that must have been deep frying something as it smelled like deep fried cheese curds.  The torture!!!  After that, it quickly turned rural and began to enter farm country.

As the trail headed east, it ran along many farm fields that contained crops like corn and soybeans.  A lot of the crops had already been harvested as it was late September.  Every once in a while, you would see a dairy farm and hear cows lowing in the distance.  It was a very pastoral and bucolic scene to be running through.

As I was nearing mile marker 10, a brief shower passed through but nothing bad.  The trail then entered one of several small towns along the way, Amherst Junction.  It’s here that you need to leave the trail for about a mile and a half and take roads to where it picks up east of town.  But, it was a nice run through the countryside.

A few miles before the halfway point, just before the county line between Portage and Waupaca counties, my dad joined me for the last half.  It was his idea for me to try and accomplish this FKT.  It was great to have his company along the way for the last part of the journey.  We then ran across the county line where a stone memorializes Greg Marr who was key in getting this trail established and was a strong voice supporting Silent Sports in the region.

As we continued on, the sun came out in full force and the day heated up.  It reached the low 80’s that day and began to sap my energy along the way. But, having my dad there to help pace me and keep me focused was key to keeping me moving.  I would have walked a lot more if he wasn’t there.

Just before the trail reaches Blueberry Road is my favorite part of the trail, a cute little bog on the South side of the trail with Cotton Grass speckled throughout.  It’s such a unique plant community that it can’t help but catch your eye.

Overall, it was a fun, painful day of running and enjoying the Wisconsin countryside.  I wouldn’t have been able to do it if it weren’t for my dad helping to pace and my mom working as my personal, mobile aid station who met me every 5 miles or so.