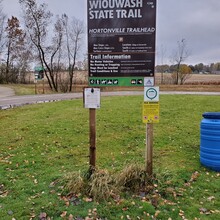 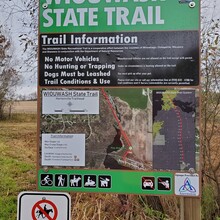 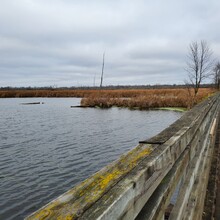 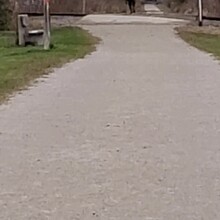 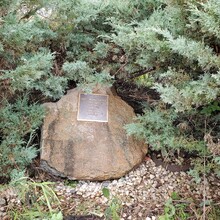 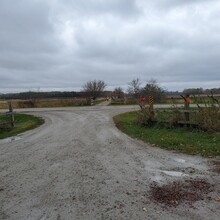 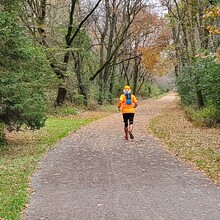 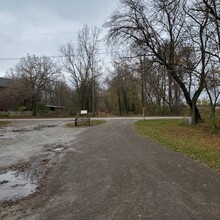 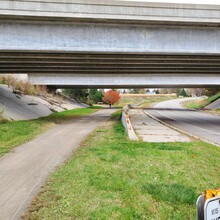 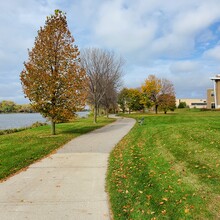 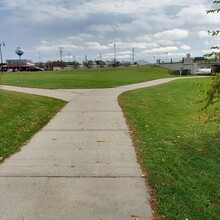 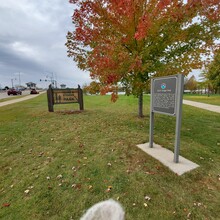 2020: This is certainly a ‘crazy’ year in just too darn many ways, and I’m truly glad I’ve found trail running to be an excellent way to positively navigate my way though it.  Fast-forward though the countless LSD Virtual miles of Spring and Summer, and the thought of chasing an FKT came into focus after watching runners create and achieve them while making their favorite nearby trail-training ‘gems’ ‘official courses’ for the fast chase. Personally, the thought of tackling an FKT provided a wonderful challenge to shake off the months of pounding out so many long and slow miles, and bring the concepts of speed and racing back in, while still keeping activities ‘solitary’.

I began looking at several ‘local’ options for an FKT, and the southern WIOUWASH was the most logical choice due to proximity and my frequent use of it at different times of the year: to get out and away, to train for flat races, to recover, and for snowy trail-running. I’ve especially made heavy use of it this year, along with many others I now recognize and meet & greet, as we work at staying separate and sane, together.

This is my safest and simplest option for an initial attempt at an FKT.  It had not been attempted before, so being the first to slog down it no matter the speed, earns at least a mental award and a true sense of accomplishment in at least one corner of the world where I could leave a ‘trace of myself’ as a trail runner; perhaps less tangible than a buckle, but I don’t believe so….. not something to gather dust, though it will eventually be buried, but in a way, more easily unearthed, electronically at least, than a buckle in a landfill. ;-)

A date was set, and I jumped into the final 4 weeks of a 26-week 50K training program, which essentially meant I added structure to my daily runs, a little bit of speed-work, and one ‘race-pace’ mid-distance run, 2 weeks out – the trouble with that and the FKT attempt, was guessing at what a realistic race-pace was for 2020. I decided to just go into my ‘Mindless Run’ mode at a moderate heart rate, all the while turning on an intentionally-planted ear-worm to churn over and over kind of like a speeding locomotive metronome. I don’t focus on running, just my surroundings; yet I’m always a bit foggy on ‘how did I got here’ when I periodically check my distance.

Several days before the attempt, I checked the FKT website and noted, to my surprise, that this Trail was already on the WI map, complete with a great description, photos and a GPX file, though no FKT attempt was claimed. After a day or so, I became concerned as any FKT would influence the style I’d use to attempt this FKT, or if I should move on to another Trail to maintain hope an FKT was within my capability. After contacting FKT.com and finding that no FKT attempt had yet been claimed or applied for, I took their words of encouragement to “Go For It”, the deal was sealed, gear and supplies assembled for an Unsupported attempt, and plans laid for my lovely wife to drop me off at the Hortonville TH, Pick me up in Oshkosh, and meet me in between at a few spots for photo ops and/or shuttle service home should I limp in and bail ;-) . One final check at midnight before the run to see if an FKT was claimed – Nope! - and all was set!

The good news about the North end of the trial: it was known as a sloppy mess when wet - puddle-strewn with underwater and soft mucky stretches to greet you after rains, during wet spells, and especially in the Spring months. But in the last month it was excellently graded and resurfaced with a raised thick layer of crushed limestone – NICE!  So the initial trail laid out before me on this attempt, even after a night of rain, was devoid of puddles and smooth, though a bit soft – cushy is a good way to view it - though a but slow being the only con.

The recent weather has turned into a teaser of Late Fall; overnight rain to ‘soften the trail’, but at least none of the snowfall that blanketed the area just 60 miles to our west and north. A somewhat Cold intro: 37F, westerly winds ~15mph gusting to 25, wind chill in the 20F’s. Since both running and wearing an ultra-vest warm me up, I still dressed relatively light, supplementing with thin gloves and a pair of buffs that I initially fashioned into arm-sleeves. And lots of blaze/hunter Orange – come September and on, somebody’s always hunting for something near the trails of WI.

After donning all gear, including more fluid than I’m used to carrying (what rule about 'Never do any firsts’ in a race???), and no real warm-up (my bad / I’m a slacker / not a 5K), finally I WAS OFF and headed south from the Hortonville Trailhead!

Rounding that first corner, I was greeted by a narrowing vista of sylvan charm: a level, leaf-strewn trail burrowing into a dancing tunnel of trees, branches, and their remaining leaves, all brought to life by the chilling side-winds. My metronomic ear-worm tune immediately cued-up and I began chugging down the trail; any ‘pre-race’ anxieties quickly melted away as I headed on into the ‘zone’.

Much of the Run was uneventful:

- Except for some ‘good luck’ symbolism, as I said “Hey!” to a beautifully majestic Bald Eagle that slowly climbed up and out of the southeastern field at the intersection with Hunters Rd., disappearing overhead, and soon reappearing with a pair of loud and agitated crows attacking the Eagle from the rear.

- Except for that menacing train I heard announcing its impending crossings from the West, as it made its way SE toward Neenah – first blasting into Dale, then Highway M, and eventually across the trail several miles ahead down the trail – OH DANG! There’s always the chance of the trail getting cut off at the wrong time by a mile-long train – please, not today! - hope that Eagle’s luck doesn’t fail me on this day! And it didn’t – I made it across the tracks of Medina Junction 8 minutes before the horns blasted as it crossed behind me – YES!

- Except for the three times my photographer wife met me at road crossings along the way, yelling words of encouragement (and affection! Yoo-Hoo! “Right back atchya!” -  yeah, TMI…..) All enjoyable awakenings to my companion’s world, and then back to the trail and the chugging tune in my head.

- Except for the two 25 second pit-stops as Nature called……

- Except for the increasing hamstring tightness in those never-ending final miles, but nothing of real concern

- Except for my exit off the dirt trail onto the streets of Oshkosh, where I was immediately greeted by a giant political sign – Uhggg! - this is where I normally would turn around to re-escape . . .

- Except for the streets and trail within Oshkosh where I’d done my homework using Maps Sat. View to ensure I safely navigated the few key connections that were new to me

- Except for FINALLY reaching the End and telling my Garmin watch to "STOP!" and capture the now-completed adventure in terms of all its analytical glory – did I once again spend more time on my right foot? Can’t wait to find out!

And I am truly glad I did this! YES! A sense of accomplishment! Not sure what to compare it to, though it certainly ranks highly: above road races and edging into trail-ultra territory; perhaps not quite a trail Hundo, or hiking to the summit of Mt. Whitney, to be honest – BUT, it’s a new and rewarding addition to what nourishes a different part of the puzzle I call my soul.

My sincere thanks to those with the Vision and Fortitude to bring the WIOUWASH Trail to reality; those who’ve taken a shift to protect, improve and maintain the trail, whether pushing dirt, papers or opinions – I’ve certainly had the good fortune to benefit from their labors over the last 35 years as my Family and I have biked, hiked and run up and down this wonderful trail.

My sincere thanks also go out to the fastestknowntime.com team, especially Buzz Burrell for his words of encouragement, and all those who’ve created and stand watch to ‘fight the good fights’ to nourish this often solitary, uniquely pure, challenging and rewarding aspect of the Sport of Running.