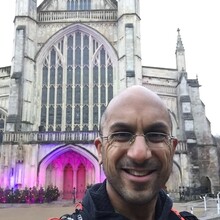 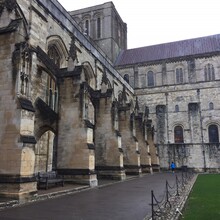 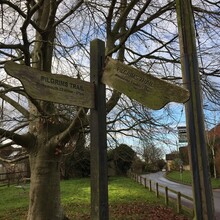 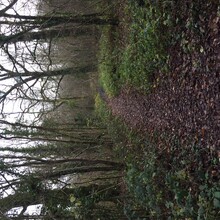 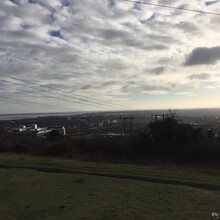 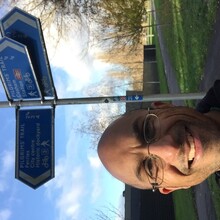 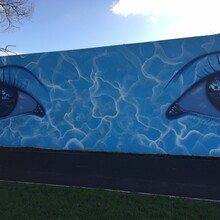 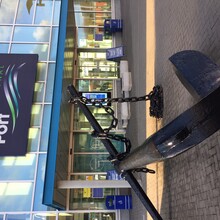 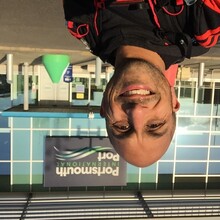 After a day off work the previous day, I decided to try and do my longest ever run on the Pilgrim's Trail.  Got the train to Winchester and started just before 9am, and soon discovered that I had probably overdressed despite the cool conditions and breeze, so dispensed with the gloves early on after nearly going up the steps to St Catherine's Hill rather than round the outside!

The first few miles were uneventful, although at Owlsebury I nearly took another wrong turn by trying to follow the sign I took a photo of rather than the GPX, so backtracked and carried on.  Just beyond Upham I traversed what can only be called a marsh, which was the point my feet got soaked - not ideal with nearly 20 miles left - but another small flood beyond Bishop's Waltham Palace meant they would have got wet soon after anyway.

The sun was out by now, and there was another wrong turn near Swanmore where I chose the wrong road and ended up in an area with a lot of tree-felling equipment, then past Watson's Dairies and soon had my second flapjack and water while walking West Walk, and was happy to be over half way by this point and had some respite downhill.

After another flattish trail section there was a road section along some surprisingly busy roads - both cars and cyclists - until reaching Southwick, whose shop seemed to be a magnet for cyclists.  Soon entered some lovely woods near Southwick Park, although was finding it tough by now having done nearly 25 miles.

Then came the final serious hill, up Pigeon House Lane leading to Portsdown Hill, which I walked up while chatting to a cyclist who was having a tough time hauling himself up.  He explained that the interesting looking buildings at the top were owned by the MoD and also that there were rare butterfiles in the area.  I was glad to get to the top of the hill and see a stunning view over Portsmouth and also a lovely long downhill.

The last few miles were tough as I'd finished my litre of water and started getting minor cramp - also running down some main roads that weren't as pleasant as the earlier trails, although the areas around Hilsea Lagoon was more pleasant and quite busy with people.  Then it was under a mile to go and apart from some fun with taking the wrong underpasses I got to a deserted Portsmouth Ferry Port safely although tired - but not tired enough to not top up my run to 30 miles from 29.93!

Finally it was time for a few photos and a chat with the security guard (who I found out does 25km runs each week) before going for a well-earned pie and chips!