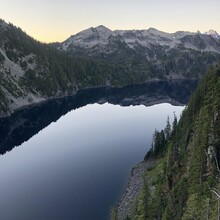 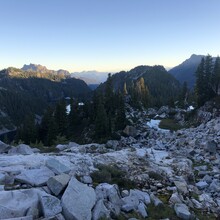 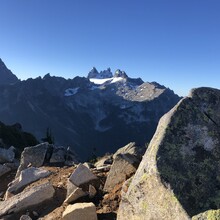 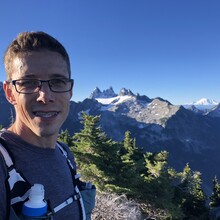 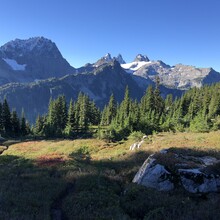 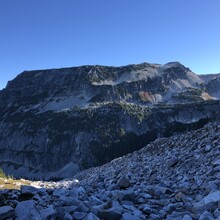 I have had my eye on this route for a couple years now, and when it was listed last year as an FKT route, it jumped up in my priority.
The day was forecast to be perfect, cool in the morning but lots of sun. The moon was also full, or near full. But when I am in the trees, I guess there is not much of an advantage. 2 hours in the dark, but I wasn’t going to be missing anything. Sunrise was ok, some clouds would have been better to get the color.
A good 1/4 of this route is literally boulder hopping, and there is a lot of route finding, choosing the best method to climb and descend Iron Cap mountain. I have climbed it in the past from the west side, so that part went smooth. It was the descent to the east that beat me up, with cliffs, trees and brush to navigate. I think I picked an ok line, but after looking at Jason's (previous FKT holder) gpx file in more detail, I think he had a better line, both up Iron Cap and down.
The climb up to Tank Lakes really took it out of me, though it was nice to have a trail again for some of it. But descending the other side had plenty of boulder hoping again.
I made one wrong turn getting off the boulders, which added some time. But that was my only real navigation blunder. Of course the descent from Jade lake was tough. I was beat, and the trail is very rocky with plenty of roots. After crossing the river with 5 miles left, I tried opening it up a little, but the cramps kicked in anytime I went up hill, even though they were teeny compared to all the climbing I had done.
Overall, this area is epic, and the day was amazing.