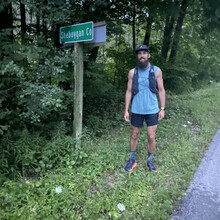 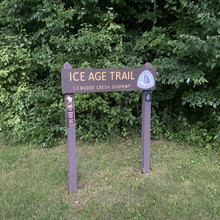 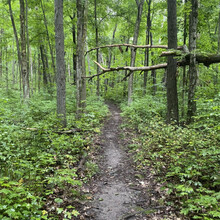 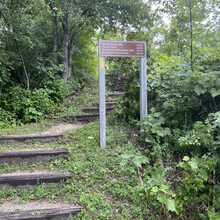 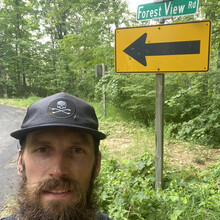 I began the Sheboygan County section of the Ice Age Trail at 5:48AM on 8/13. I started on the northern border of Sheboygan and ran southbound to where the Ice Age Trail departs Sheboygan County on the western border. Five minutes after starting the run, it began pouring rain and didn't subside until about 18 miles into the run. Even when it wasn't raining, the single track and overgrowth brushing up on me meant I was soaked nearly the entire run. The trail conditions weren't muddy and the temperatures throughout were pleasant, and overall I had a really great time out there checking off another county on the Ice Age Trail!