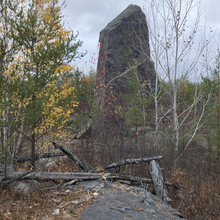 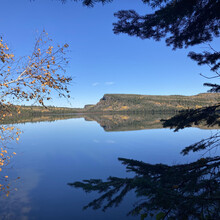 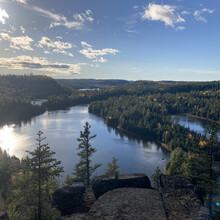 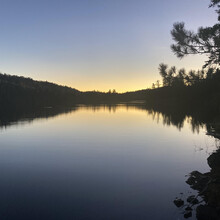 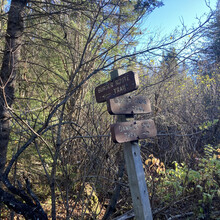 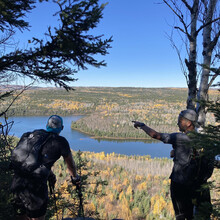 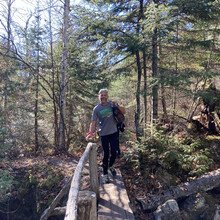 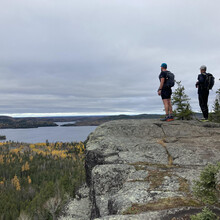 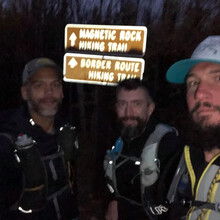 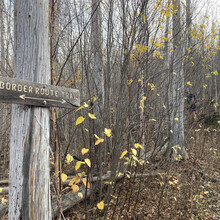 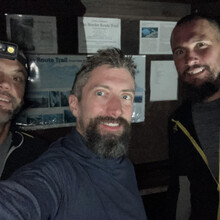 The three of us agreed that the first half of this trail was a lot of fun and the second half was really something.

The trail is really in good shape as far as BWCAW trails go, there are trees down here and there that you need to go under/over/around but I wouldn't consider it too bad. Navigation wasn't too bad with the underbrush dying off for the year and the tread well established, going eastbound you just need to keep Canada on your left. I would recommend having the route on some sort of GPS device as well as a paper map/compass backup. There are occasional portages and campsite spurs to watch for but they are mostly easy to see which is the spur and which is the trail, it's a wilderness trail so signs and trail markings are few and far between.

Finding places to filter water wasn't much of an issue, there are plenty of lakes and streams along the way. The only wildlife we saw were a few squirrels and birds. We were lucky enough to see 3 Moose the night before while parking one of the cars at the Eastern Terminus but from the trail we only saw some tracks and scat.

This is a rugged tough trail, it really beat the three of us up. We got our fair share of fun running in the beginning as well as tough head down hiking towards the end.

- Note: Andy's watch stopped somewhere around mile 50 and once he noticed he restarted it for the end so his GPX and Strava data is in 2 separate activities.