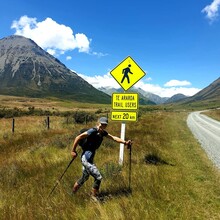 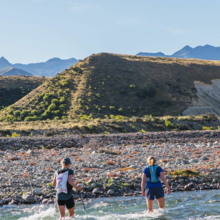 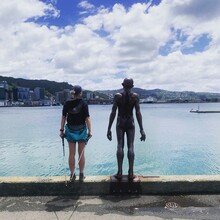 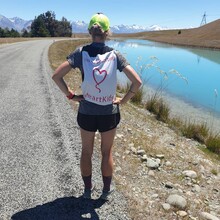 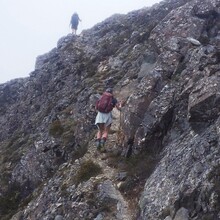 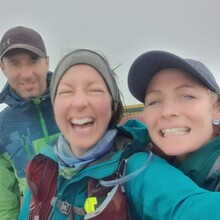 For most of the North Island I ran alone, supported by my parents who drove a campervan for resupplying.

Unfortunately on December 4th I had to take a rest day due to requiring medical attention, and again on December 14th.

After recovering, I was fortunate enough to have company for some of the bigger Mountain Ranges and passes on the journey. Those who joined me are listed below.

-On December 16th and 17th I was accompanied by Bridget Woodney, who biked the Timber Trail and then 42nd Traverse alongside me as I ran.

-On December 20th, I kayaked alone from the Mangapurua Landing to Pipiriki (35km). This is part of the official Te Araroa Trail.

-On December 21st I was accompanied by Kirsten Ashley, kayaking in individual kayaks, 88km from Pipiriki to Whanganui.

-On December 24th, I was accompanied at Tokomaru by Adam Keen. Adam continued with me through the full Tararua Ranges, as did Mina Holder and James Holder so that we could enjoy this section and Christmas Day together. Adam and I then continued through Wellington together and ran the Queen Charlotte Sound on December 29th.

-I then ran the next two days alone, before being rejoined by Adam Keen and Louis Schindler at Hackett Hut in the Richmond Ranges, through to Red Hills Hut on January 2nd.

-My journey then continued alone again, into Waiau Pass and down further South, until I had the company of Bernie O'Fagan to assist with river crossings through Goat Pass on January 8th 2021.

-On January 9th, Chris Moresley ran with me for the first half of my day from Cora Lyn in Arthurs Pass, through to Lake Coleridge.

-On January 10th, I had the pleasure of company from Weston Hill for the second half of my day, from Hakatere Heron Rd to Potts River/Potts Rd.

-On January 11th, Weston Hill and Meggie Bichard again met me on the South side of Stag Saddle and ran through to Boundary Stream.

-On January 14th, Adam Wilson and Jenny James joined to assist me with the river crossing at Ahuriri. They then continued with me through until Glendhu Bay the following day.

-On January 15th, I was accompanied by James Harcombe (and others from the Queenstown Smith's Running Group) through the Motatapu.

-On January 16th, I ran from Arrowtown to Queenstown, and was then joined by Killian Russell into the Greenstone Track. Killian obligingly continued with me through horrendous weather conditions, until Scotts Gap (January 20).

-On January 21st, I ran alone from Scotts Gap to Merivale Rd, where I was accompanied by Dave Cowie for the Longwood Forest to Martins Hut.

-Day 57, January 22nd, various supporters joined me for different parts of the day from Riverton to Bluff, including Adam Keen, Mina Holder, my sister Hollie Thomas, and various locals who were keen to be a part of the last day. I ran the last 7km of the entire trail on my own, as tribute to the 3000km completed.

I officially touched the sign in Bluff at 2221hrs on 22nd January, completing the journey in 57 days, 12 hours and 16 minutes.

This journey has without doubt been the most challenging, but most completely rewarding mission I have undertaken in life thus far.

Thank you for sharing this journey ?