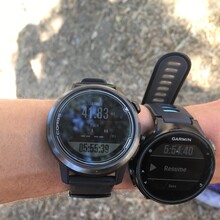 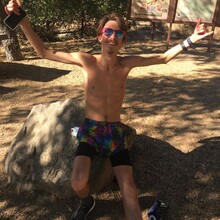 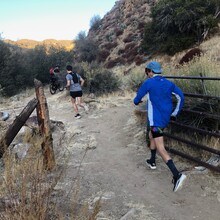 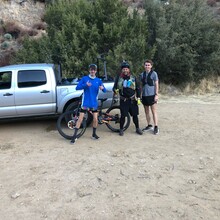 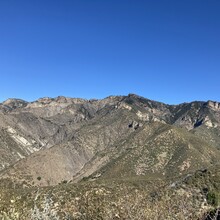 I ran the Los Padres Traverse Gate to Gate and it was a blast! And it was just unpredictable as hell due to a support malfunction. Freestyled the whole run from mile ten after I had dropped the ebike and Michael Schneider had turned around to run back to his car after being our first line of support and “machine lube”/live recon and for just coming along for the fun vibes! He’s a great friend of mine I’ve run R2R2R with, and the cowboy loop, and now the first ten of this!

Please check Strava for route verification and (so far not yet complete but important details all covered) necessary!)

used two watches, my own garmin 735XT which I was unsure if it would be able to handle the route, and Gabe Zavala’s Coros l that thankfully I had on my wrist as insurance because he was my planned support and well it didn’t go as planned haha but I got it done in the fastest overall known time! I’ll be back to avenge the bonk and to hopefully have coached my good friend and a contender for women’s supported to that point (or unsupported let’s see how crazy she is). I would and could have happily done a 5:30 effort, but you could say a little s*** hit the fan! Such a great day and thank you so much for your virtual support and vibes and for setting this site up and for keeping it going through such a unprecedented and boring time to be frank. I’m so happy I was out here today (and didn’t die.) it was so gnarly & beautiful!