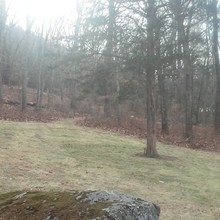 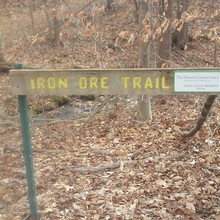 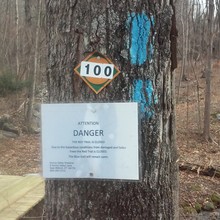 This FKT is for the out and back running of the trail. I ran it North to South to North.
It was due to snow later in the day, so I decided to do this run while the trail was still clear, in the morning. I parked at the Bridgewater Town Park.
Going Southbound, I had some trouble finding the blue blazes when I reached Hemlock Rd just under 1 mile in. You have to go a third of a mile South and East on paved roads to pick up the blue trail again. There are some other trails and preserves off to the left of the road that can get you off track, and I took a wrong turn and back-tracked to go back to the road and eventually found the trail again.
I stopped to take a couple photos at the Southern trail head at Iron Ore Hill Road. (Northbound Strava segment is 47:31 - 15 seconds less than Northbound time reported here mainly because of this pause.)