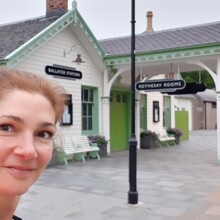 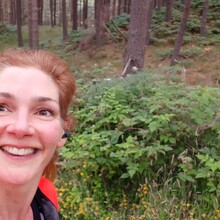 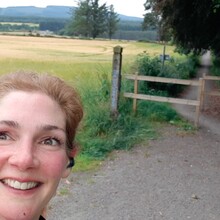 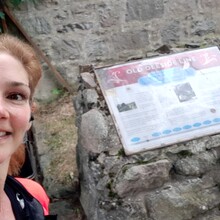 I decided to run the route from West to East, mainly because that made the logistics a bit more straightforward for me. Doing a one-way route unsupported obviously creates some travel complications. Also the men's FKTs seemed to have been done in that direction too. So I stayed the night in Aberdeen and then got up early to drive to Ballater to start the run.

I carried everything I thought I would need in my backpack. I filled my flasks with Active Root and I also carried some bottles of protein drink. I also took several packets of Clif Bloks for some extra energy and caffeine. I got through pretty much all of that over the course of the run, and I didn't feel the need for anything else, which was good as I knew that if the run was to be fully unsupported then I could not use any shops along the way.

I also avoided telling anyone in advance that I was doing the run (with the sole exception of my partner, so that at least one person knew where I was, but he was expressly forbidden from coming anywhere near the route). I didn't want to run the risk of having some well-intentioned person inadvertently providing "support".

The run went well, and I was happy with my time. The early start meant I missed the heat and sunshine that arrived in the afternoon, and my fueling and hydration strategy seemed to work well. I was very grateful to have my hotel room waiting for me back in Aberdeen when I finished. I was able to get cleaned up and get some food before getting on the bus to Ballater to rescue my car!