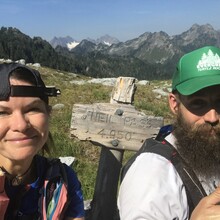 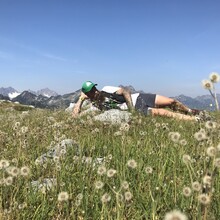 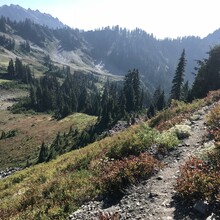 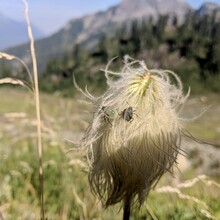 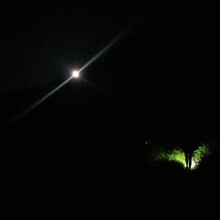 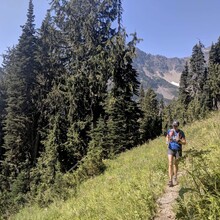 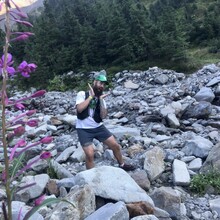 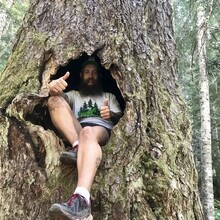 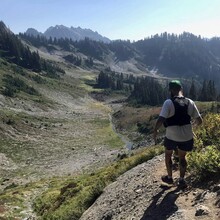 We decided to create an epic FKT route starting from the Staircase Ranger Station. The first part of the route is pretty straight forward. We left early morning and mostly ran the first 10 miles or so until we started the climb up to the First Divide. We passed by several camps. Weather was awesome! There were some downed trees but not untypical for the Olympic Mountains. The first 10 miles is a lot of rocks as well. From the First Divide, we dropped down to the Duckabush Wilderness Camp and turned left to head clockwise. This loop is quite scenic. We hit O'Neill Pass, Anderson Pass, and LaCross Pass. The climbs were tough but the views were worth it. Once we ot through the loop, we ascended back up to the First Divide. It was dark and a bit chilly and we were had tired legs so trudged up the climb. From there, we had it in our heads that we were almost done but still have a half marathon to go. The descent wasn't as quick as on fresh legs but definitly nice to be done with the climbing. We did run/walking those last 10 miles coming back to the starting spot. 20 hours is a long time to be on your feet but you get to experience a vast amount of the Olympic Wilderness so highly recommend this route.