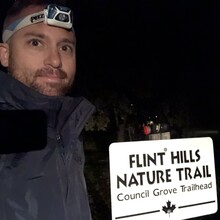 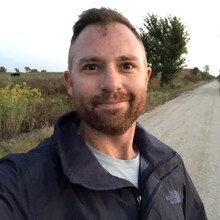 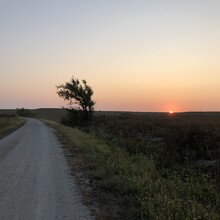 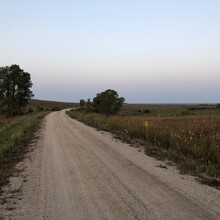 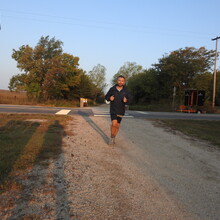 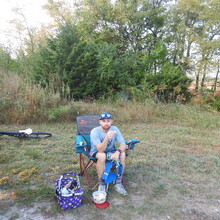 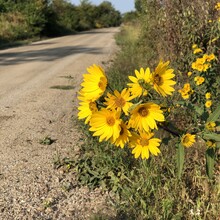 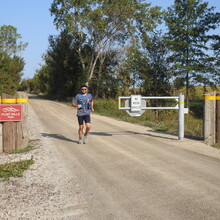 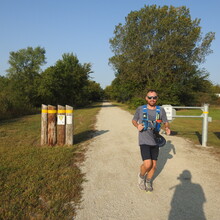 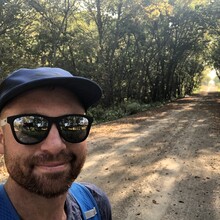 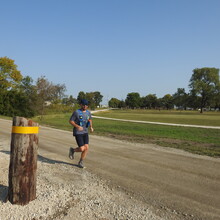 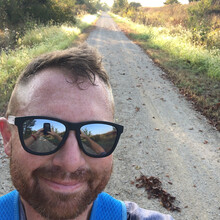 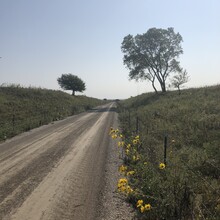 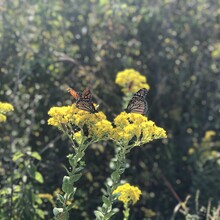 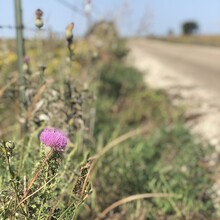 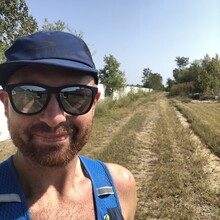 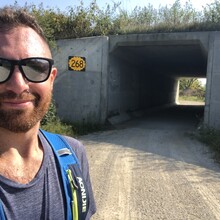 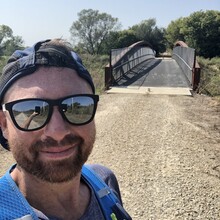 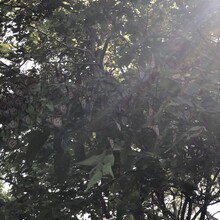 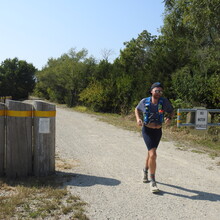 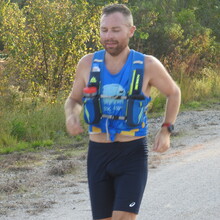 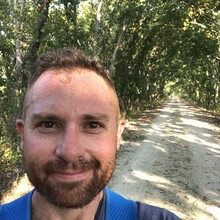 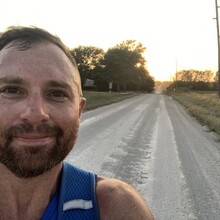 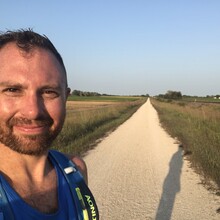 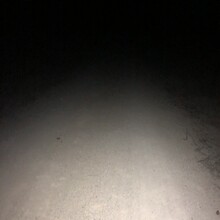 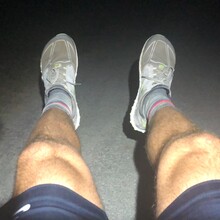 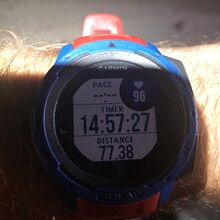 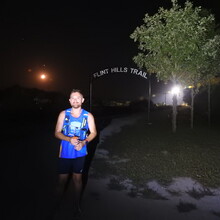 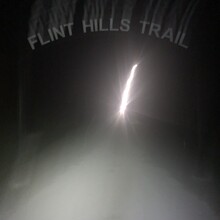 My name is Cody Eubanks and I ran the Flint Hills Trail (KS) on 9/24/20 starting at 5:35am in Council Grove and finishing at 11:57pm in Osawatomie.  I was supported for the entire way by my father with food & drinks and he occasionally accompanied me on his bicycle for a few miles.  My official time was 18:22:45 and my watch showed 93.4 miles (trailhead to trailhead).  There were 2 detours on the rail line, however, they are only detours because the trail has never been completed in those sections (Osage City and west of Ottawa).

I spent the first hour (6-7 miles east of Council grove) and the last 4 hours (Ottawa to Osawatomie) in the dark.  Those were difficult miles because I felt like I was missing out on what those sections had to offer, which included several old bridges, many without any sort of railing.  While crossing the bridges all I could see was darkness on either side so I really had no idea if they were small or big drop offs.  There were opossum encounters and spider webs featuring spiders with a shiny blue/purple reflection.  But for someone who lives amongst the light pollution of town, the stars were so very impressive.  The morning featured Orion in the east and stars amongst it I had never seen before, and the night had a half moon to the south.

The sun came up as I started a climb towards Bushong and probably the most beautiful section I experienced on the day.  The Flint Hills are truely remarkable.  I saw 2 coyotes 100 yards out and lots of cattle.  There were “cuts” in this section where the railroad cut through hills and also other rail beds from other tracks that ran parallel.  Approaching Bushong and thereafter the trail and scenery was much flatter with more land planted with beans.  The trail from Council Grove to Osage City was very well done and easy to run on.  Immediately at Osage City it turned to a mix of gravel and mowed grass and it disappeared altogether for a couple of blocks in town.  Out of town it turned back to gravel but with some bigger rocks mixed in that slowed my pace a bit, and this is about the time it was getting hot with temps in the 80s(F).  Between Osage City and Vassar the best part was the swarms of Monarchs Butterflies in the trees.  There had to be thousands of them and when I’d get close they’d flutter off over my head.  It was amazing.  Otherwise that section was just plain difficult with some off trail construction just past the highway 75 bridge that had turned the trail to a fine dirt powder for maybe a half mile stretch.  I remember sitting in the shade at Vassar and having a cold one while we watched an old man mow his lawn, because that’s what I needed at the time.  After Vassar I crossed a highway after a short while and went into a tunnel under a highway and the trail condition improved and I was able to run 9 minute miles again.  We had a shaded canopy (Pamona to the Ottawa detour) and I was consistent with my pace.  I saw a flock of wild turkeys fly up into a tree and then off again as I approached.  They look like they’re struggling to lift their giant bodies when they take off.  The active railroad tracks also parallel the trail in this area and I saw several BNSF trains go by.  At the Ottawa detour my dad went to grab some burgers and fries for dinner and I ran the gravel roads to the north and crossed the active tracks as I was going back south to reconnect to the trail.  The trail continued into Ottawa for about a mile before I met dad for dinner.  I put 2 salt packets on my salty fries and they were amazing!  As I left into the darkness there were a dozen bicycle riders coming into Ottawa with really bright headlights, and it was difficult knowing I was going out into all that darkness and cold alone.  And that’s when the constant figuring of miles and times starts.  But my goal was to be able to run those miles in 11-12 minute pace and I did well. Eventually I decided I could make it in before midnight if I pushed 10 minute pace and although it was not pleasant, that’s what I did for the last 4 miles.

I had a couple of coolers in my dad’s truck where I had all my food and drinks.  There aren’t many water or restroom facilities along the way that would facilitate a super fast unsupported run in my opinion.

I had a fun and miserable time.  The trail is lovely and I hope to see it completed to Herington and updated in the areas that were behind.  Thanks to the good people of Kansas for developing this rail to trail.  And a special thanks to my father for keeping me alive out there.

Well done! I have contemplated this run for several years but timing has never worked out. Congrats!

Thanks Todd!  It fit into my training goals and race calendar.  I feel more confident now in what I want to do with 100s and backyard.  I think it’s a good time and I’m excited to see it challenged.

I'm looking to do it sometime in late Oct/early Nov.

Cool!  I’ll be watching for it.  Hit me up on strava if you’ve got any questions.  Good luck!