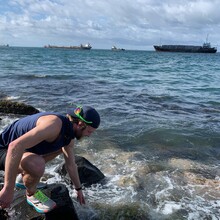 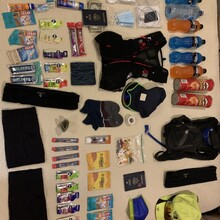 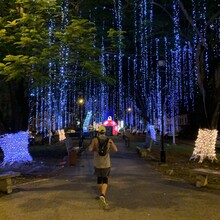 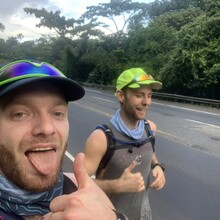 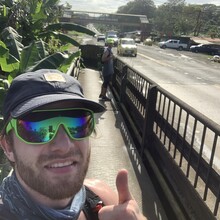 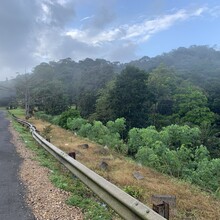 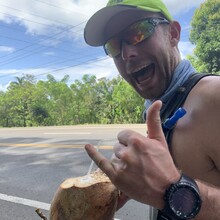 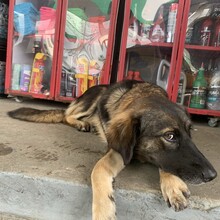 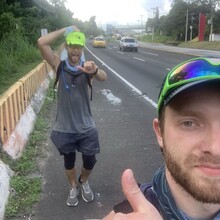 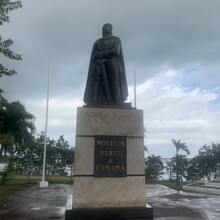 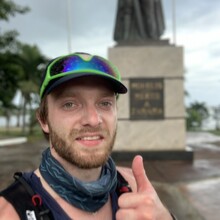 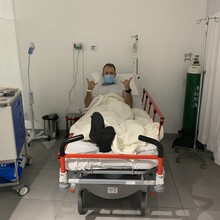 My buddy, Cole Mitchell and I were first inspired by Josh Sanders and Caleb Larsen who planned a route and set the original FKT for a run across Panama in 2019. For Cole and I as a couple of average joe runners, this lesser known route looked like an approachable challenge and something that would push both of us. It ended up being a total of 53.09 miles on Strava.

The downside to running on 100% pavement is that we were never on a path designed for runners. Urban roads and main highways made it especially important to be aware of traffic, particularly in narrow spots. The upside is that there was always a gas station or grocery store within 10 miles where we could resupply on fluids. In our running packs we each carried several gels and cliff bars so we didn't have to buy any food along the way. Aside from passports and money, we also carried some sunscreen and salt tabs.

Heat and humidity was definitely a factor but we lucked out a couple times and got some rain at about mile 10 and mile 45 that helped keep us cooler and out of direct sunlight. We made several stops to purchase ice and shove it in our hats, buffs, shorts, socks, and anywhere we could fit it. Cole started showing signs of heat stroke at around mile 35 and we transitioned to walking for about an hour and a half. Eventually we decided to split. Once we knew we each had enough fluids, ice, backup cash for a cab, and were in an area populated enough to get help quickly if we needed it, we decided it was safe to split at about mile 44.

After the few obstacles we met in the final third, I finished in just under 11 hours and 9 minutes. Expecting to see Cole several hours later, by some superhuman feat he found a second wind, shook off the heat stroke, and finished not too long after that. We spent that evening (New Years Eve) in the hospital as Cole got diagnosed with rhabdomyolysis. After getting some fluids and ringing in the new year from a hospital bed, it didn't look as bad as was first described. He recovered like a champ and we walked out around 1:00 am.

I love trail running far more than road running, but this was exciting for different reasons and was a great way to see the country. Forest Gump always seemed a little crazy to me, but the gimmick of running from Atlantic to Pacific was definitely a fun motivator and much easier when you do it in Panama.