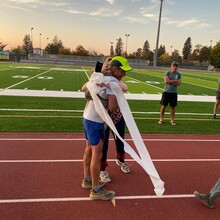 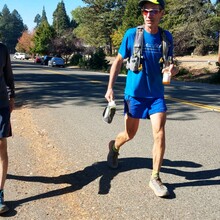 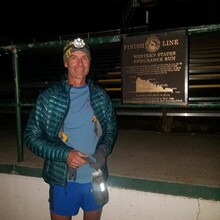 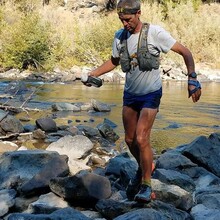 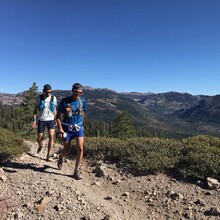 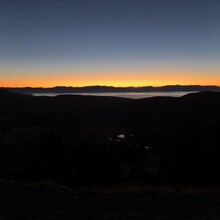 The Sierra did not give up this FKT easily. As WS, TDG (TORX) and othere events were cancelled I made an attempt Aug 1st 2020 throwing in the towel at Duncan Canyon mi 125. Attemp # 2 was quickly schedulled for mid September  as I knew I had made a major mistake. California Wildfires made air quality hazardous and the USFS closed the trails to all for 2 weeks.  Another Runner Scot Sambucci was unsucessful in early October. I schedulled my second attempt for Oct 30th.

It should be noted the official supported FKT for this route is from Auburn to Squaw and finish in Auburn and follows the exact route of the modern day WS 100. This means that all trails run during the official WS 100 were followed exactly. For future attempts runners should know the trail details inside and out, for example trails through ALT and the single track near Millers Defeat are some examples. If anyone needs help identifying any areas I will be happy to help. October 30th came and my enthusastic team and I were underway. Clear Air, Open trails and highs in the low 80's with lows over the summit in the low 20's looked favorable.

Unlike the first attemp I didnt have any altercations with snarelling charging bears near FH. Jim Howard picked me up at Robinson mi 70 to pace through the night with Greg Boyer picking up at Squaw. The section from Robinson to Squaw back to Robinson Mi 70 thru mi 130  demands some attention. Woirking through the Canyons with 3 pacers helped get me to FH just before dawn I decided to take a 1/2 hr break and start the last section FH to Auburn in daylight. Attempt #1   I swam the American River but this time I waded accross waiste deep both directions. Check the water flows out of Oxbow Res, upriver to help with flow levels.

Finsihing on the track at dusk with not a sole in the stands and my team of 14 socialy distance humans accross the finish was... Unforgetable. I put the experience up there with my 2002 9th pl finish of Eco Challenge in Fiji in 9 1/2 days. Splits shown below.

Amazing, congratulations and thanks for the commentary here