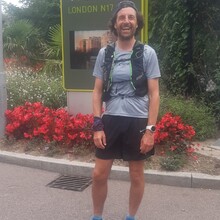 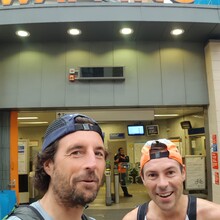 Great FKT run with world 24hr legend Damian Carr. Damo was staying over the river and a brave passage through Rotherhite tunnel meant that Wapping station was a great meeting point.

An early Saturday morning is possibly the best day and time to do this run - when you can fly down the middle of roads rather that stick to the uneven paths.

Past some great waterways and boats.

Unsupported attempt but plenty of places to stop if you want to take a more leisurely run. Pavillion in Victoria Park is the best