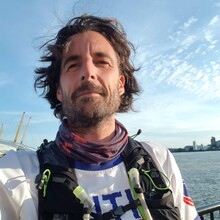 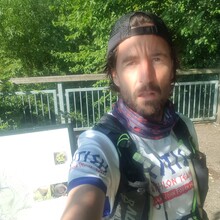 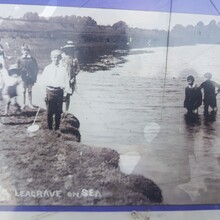 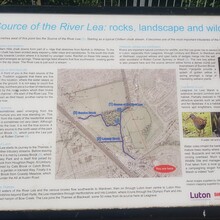 This FKT was the second UK route ever listed on the fastestknowntime.com website - In fact it was on the original FKT platform

The FKT has been held by the legend Sam Anderson for the past few years and it has been high on my list ever since.

With Spartathlon hopefully taking place in Sept 2021 I wanted to get one big run in as part of my training and it fell perfectly to do the Lea (Lee!) Valley - from Source to Sea.

It's an easy journey to get to Leagrave train station from London and again it is a 10 minute walk inside of Leagrave Common to find the start.

My plan was for a sub 9 hour (ideally sub 8 hour) time and to carry everything I needed. 2 litres of Precision Hydration, 12 Gu Gels, Some energy bars and 80Noir Ultra chocolate.

The first 20km are a good mix of parks, city roads and mostly quiet forest trail. The bit through Luton (whilst not the most glamourous) actually has some of the most impressive route signage I have ever seen. In one underpass the route sign must have been as big as a beach ball (well it impressed me!). I decided to keep to Sam's route even when I actually knew there were a few better route options. There are a few heavily overgrown parts of the trail - where the nettles and brambles did a good job of cutting and scratching my arms/legs.

You then meet another great FKT route - the Welwyn Circular - it takes you through some gorgeous countryside (plus the weather was absolutely idyllic) before you reach Stanborough Park - this was the first time that the route was crowded. You then dovetail around the city before joining the Cole Green Way and the Lea Valley (very well known for anyone familiar with Camino Ultra ultra events in London.

Whilst not a massive thing my unsupported attempt was scuppered when I just had to nip into a shop for a cooling can of coke!

Again the canal paths were nice and quiet apart from areas near English pubs!

I realised that the sub 8hour mark was totally unachievable and that I was overheating - so I took off my runvest and jumped into the river 30 seconds in there and soaking wet - it did the trick.

Once past the Olympic Stadium I knew I only had 5km remaining and again I followed Sams route where there is an unnecessary loop off the canal. I kept a pace going to just sneak under 9 hours.

On a different cooler day with a little bit of following the actual route I'd say a 7hr + is easily on the cards. Will be back