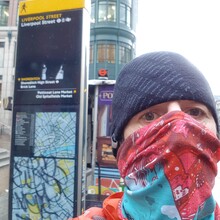 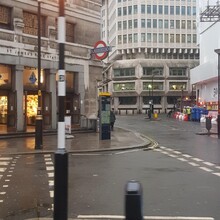 After an attempt last week with Mrs B (which failed by 30secs due to some nav errors and one extra mile... ) I came back solo and decided to go clockwise this time. Which just meant I made a new set of errors.

After Notting Hill Gate station I overshot the road and went down a side street that eventually became an agonising dead-end and had to go all the way back to the station. At South Ken I think I just had a break-down and just couldn't follow the watch. Again after a big loop I just ended back at the station. Somehow did almost 2 more miles that the route.

London is pretty quiet at the moment which meant the streets were not busy but still quite a few cars. Unsupported.