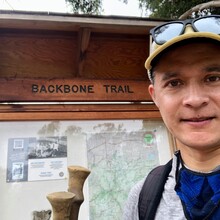 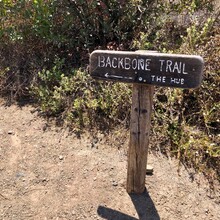 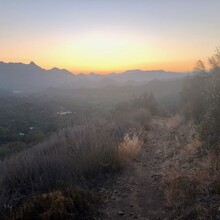 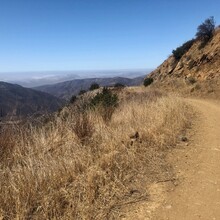 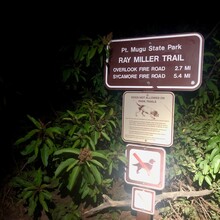 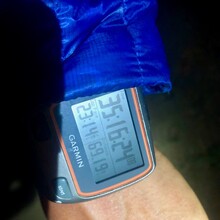 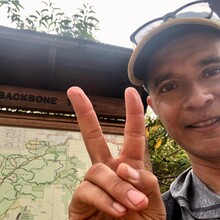 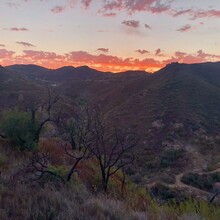 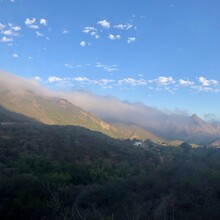 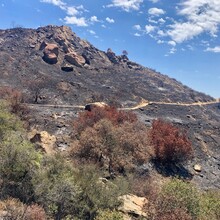 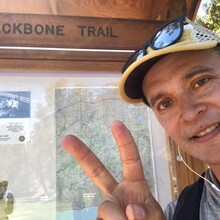 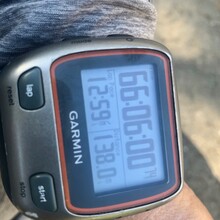 On June 20th 2021 I set out for an unsupported yo-yo (out and back) hike of the Backbone Trail. The attempt began from the lower Will Rogers TH at 10:40am. Everything went pretty smooth and was uneventful on the way west. I managed the heat advisory high temps well and nutrition was on point. Things were good until my first time through Danielson Ranch where stomach issues started. A few miles later I lost my stomach and dry-heaved the way down the Ray Miller trail to the Pt. Mugu turn around. Cold temps, sleep deprivation, and inability to process water or calories left me with mental fog and diminished reality of continuing. I stopped my watch at the western terminus trailhead thinking that my hike was over. (Note: This is why my GPS tracks look like I just turned around and kept going, while my overall time posted reflects the true total elapsed time.) I waited for the sun to rise while curled up under a space blanket near the Ray Miller TH. A flat rock made for a nice pillow. When the sun came up I tentatively started sipping water and testing food. I managed to keep everything down and hope of continuing grew. I packed up to take on the second half. Strangely I felt stronger than the first half and negative split by several hours. Mixed in there were a couple short trail naps on the return. Other than that it was steady progress until the last section between Trippet and Will Rogers where the heat of the day had me pulling off for a couple extra shade breaks.

In unsupported fashion, I carried all my own food (12+ lbs @~21k calories) and gear (6 lbs), received no aid of any kind, no caches, saw no one I know, got water from public sources only (Will Rogers, Trippet Ranch, Tapia TH, Encinal fire station, Danielson Ranch, Pt. Mugu)

I started and ended this adventure on foot from my house. This added an additional 12ish non-trail miles which were not tracked as part of the hike, however can be found as separate activities on Strava.

It would be awesome to push the pace beyond hiking and to carry less. Someone will do this and TONS of time can be trimmed!