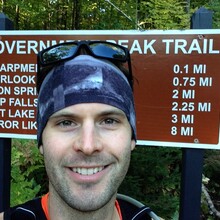 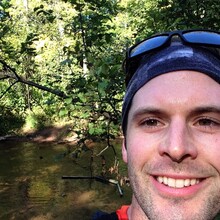 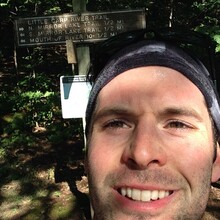 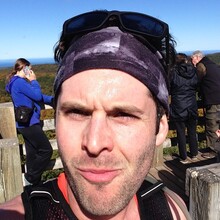 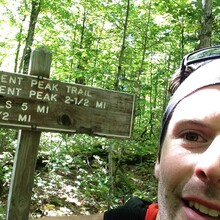 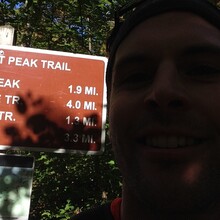 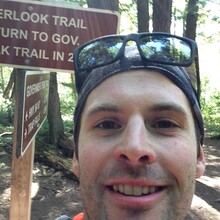 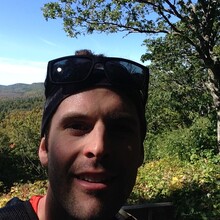 My first attempt at this loop was Thursday -- but I called it off after four miles when my dog was being far too social on the (popular) Escarpment Trail, and I took a large wrong turn down a long hill on the North Mirror Lake Trail.

I tried again the next day (September 18, 2020), leaving the dog behind. Luckily, the perfect weather continued -- about 50 degrees and sunny. It had also been dry in the Porkies for several days. So I hoped the infamous mud pits would be relatively firm (some were -- but evidently most of the big mud fields are evergreen). I carried about two liters of water and a Sawyer filter, but ended up not needing to refill.

I started from the Government Peak Trailhead and ran counter-clockwise (i.e. Escarpment Trail first). I carried a simplified map I’d drawn for myself (based on the Michigan DNR’s backcountry map), and this helped me make the right decision at the major junctions. But I still found three opportunities to take wrong turns, so watch out for these: (1) getting on the Summit Peak Loop south of Mirror Lake, then (2) coming down from Summit Peak and onto a false user trail, despite the small logs laid across it, and finally (3) descending on the Overlook Trail in a hemlock grove, where a false user trail looks more convincing than the real one and the blazes were dull.

These mistakes probably only added about a fifth mile of extra distance and five minutes extra time -- which meant little in comparison to the ceaseless roots, rocks, and mud. It is a very technical and challenging course, but very beautiful. Quiet, old-growth forest like that is hard to find. This route is a spectacular tour of a real gem in the midwest.