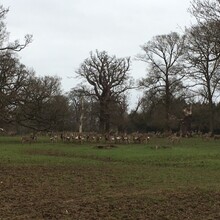 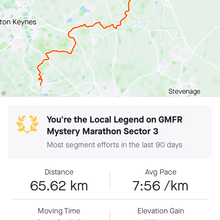 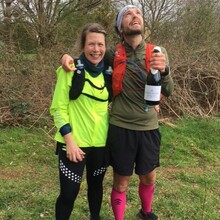 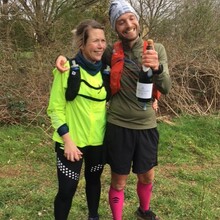 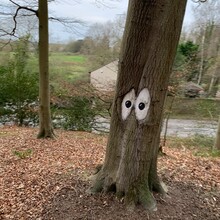 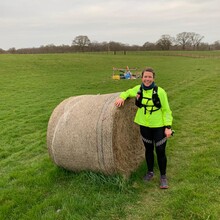 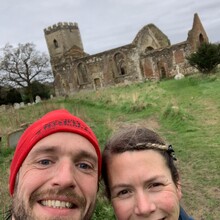 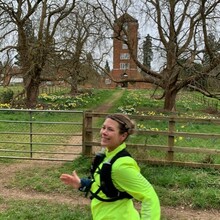 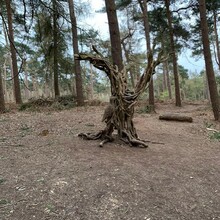 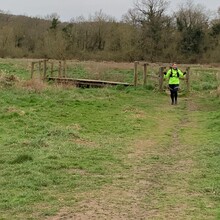 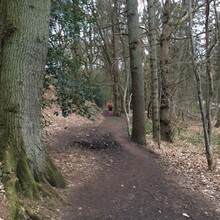 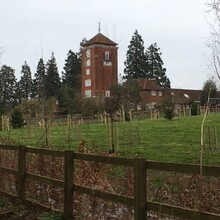 Saturday had been in the planning for a long time. Dean and I have been running together for about 18 months, with our adventures becoming more lengthy in distance over that time and us both keen to explore new running routes across the County. With the pandemic hitting and lockdowns being enforced we had plenty of running time to discuss taking on the Greensands Ridge Walk. We knew it would take planning - it would deserve respect and time put into the logistics and kit we might need.

We are both keen runners - both having run a few marathons in our time and Dean having the experience of running 50k more than once. For both of us though we would be entering unchartered territory both in terms of physical and mental boundaries as we took on The Greensands Ridge.

The Greensands Ridge is one of the few places here in Central England where thin, sandy soils support lowland heathland and acid grassland - distinctive landscapes which support specific wildlife and vegetation and need to be protected to thrive. The varied geology of the Ridge has created a distinctive mosaic of habitats and land uses. The steep slopes to the north of the Ridge contrast with the gently-folded slopes to the south. All along the shallow valleys springs feed streams which carry acidic water down to the valley of the River Flit. The more wooded, mature landscapes feature a number of places to visit including Rushmere Country Park (home to the Grey Herons in nesting season), the RSPB's nature reserve at The Lodge near Sandy, with the Greensand Ridge Walk running the entire distance.

The Greensands Ridge Walk spans 40 miles (64 km) that crosses Bedfordshire, with brief sections in Cambridgeshire and Buckinghamshire. From its southern endpoint at Leighton Buzzard the route runs north-west to Gamlingay. During the final days of planning, Dean noticed that there was a section in Ridgmont that didn't feature in many of the website references but was indeed a short new section of the Walk. We decided on Friday that if we were to do it we should include this new segment hence why our total is longer than the 64km.

Much of the route we had run, with Dean having covered all but a couple of segments which were unknown to us. We had done a recce of the last 10km two weeks prior to the big day so we knew where the exact end point and meeting rendezvous was. This proved to be a good idea - if nothing else from a mental perspective just knowing what the last stretch looked and felt like!

Meticulous planning ensued in the build up with a strong kit list in place (I love a spreadsheet!). We considered everything from what we would need to carry with us, what we would be leaving with a friend to meet us at the interval point (Appleby Corner at 44km) and then what we would need at the end. We each wore our running vests carrying 1 litre of water each and packed the pockets with necessary fuel (gels, nuts, snack bars) plus basic first aid (plasters, painkillers, salt tablets). Interval bags included spare clothing, more liquid and solid food which when we got to it were  more than ready for!

On the morning of the run my alarm was set early. I had prepared overnight oats the night before and ate those at 4am before stretching and getting ready with a last check. Bags were dropped at my neighbour and friends house before Dean picked me up at 5.45am. We parked at Tesco in Leighton Buzzard and had a last minute loo stop there before setting off at 6.48am along the canal path. The weather here had previously been getting warmer but on Saturday we experienced lower temperatures and unfavourably a wind that was more in our oncoming direction than we would have liked. We took a slower than usual pace given the longer distance we were covering. We managed to sustain a steady pace for much of the run with a couple of occasions where we picked up speed.

The first 20km were stunning - we didn't see a soul for ages and felt lucky to be running through Rushmere Country Park with nothing but the sounds and sights of nature around us. We knew that Rushmere Park was home to the nesting Grey Herons and I was particularly keen to spot them. As we ambled along the woodland listening to various birdsong we suddenly looked up to see a Grey Heron take flight above us. We went on to see two more further along before we reached Woburn Park. We are both familiar with Woburn - it's an area of just stunning deer parkland, woods and views and we felt privileged to be the only people making our way across it which included running between two herds of deer at one point to get to our next Greensands marker.

Next up was Eversholt before moving through Ridgemont. Eversholt was just beautiful - so many pretty houses and sights to see, it made this stretch easy to work our way through. Ridgemont was where the slight extension was and sure enough the Greensands footpath marker confirmed the route included this new segment. We had made the right decision to include it in our mapping. As we ran through Millbrook we passed the golf course to cries of "fore!" - we sped up at that point!

The location of Houghton House and then onto Maulden were familiar paths to us as we'd included these in previous running adventures, it was comforting to be back on what felt more like home turf even though we still had a long long way to go. Our friends Phil and Darren who were meeting us at Appleby Corner were keen to run, so having parked up they ran out to meet us around 35km before running back with us to the car. This was a welcome boost and a switch up of energy levels. Once we got to the car we were keen to be quick so as not to get cold. Water refills, grabbing solid food and gauging if we needed to change any clothing (neither of us did) took less than 5 minutes. Soon enough we were back on our way ready to face the last 22km. The weather seemed to brighten a little but we were soon running head on into more wind which felt chilly.

I think for me personally apart from finishing, the biggest marker was hitting 50k. I had never run more than 42km before and I've always had an Ultra in my sights. The mental hurdle was emotional - a sense of belief that I could see the end came over me and I knew now too that Dean was running further than ever before. We were both soon beginning to feel the impact but kept on pushing forwards towards Beeston and then Sandy for the 60km mark. I kept having to log each 10km as an achievement - from 50km to 60km. Meanwhile, Dean had been counting the number of kiss gates - there were 69 in total.

As we entered the last 10km we knew we had one final elevation to complete - we were unlikely to run it but to the top we got and as we emerged onto the pathway ahead we heard a car horn and by sheer luck of timing my husband and three children came by with squeals of support blasting from the window. Totally unexpected and a few seconds earlier or later and they'd have missed us! You can see from the splits that at 63km our pace picked up to 7:11 - we were both given a lift seeing them knowing we now only had the last leg to go before getting past Tetworth and down to the car park where they would be waiting along with our friend Darren with our finish bags of supplies which included some British Champagne to toast our achievement!

It feels almost surreal writing this report - I can't believe we have done it. We ran 65.62km and can now firmly tick the mighty Greensand Ridge off our list of running adventures! As I rest and recover I am sure it won't be long before we ask ourselves, "what next?".