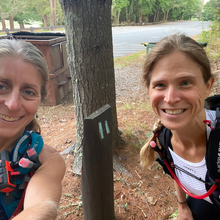 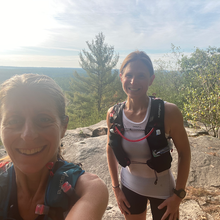 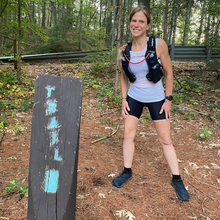 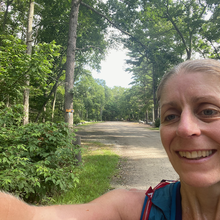 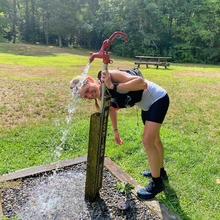 Laura and I started at Hopeville Pond State Park because it was closer for us than the other end. We parked in the park but could not get right next to the start as we were there very early and the gate was not open. We walked about 1/2 mile to the sideways double blazes. The trail was fairly well marked with some exceptions where other blue blazes turn off but there is no sign to indicate which trial it is and we missed turn at another point on an old logging road. Also, some of the course was very overgrown so we got ripped up by prickers in the arms and legs. The temperature was warm but not blazing hot like it has been over the past month. We stopped at a public water spigot to cool off and to get a bit more water in us to be safe at Pachaug State Park which was right about the midpoint in each direction. Fun day!