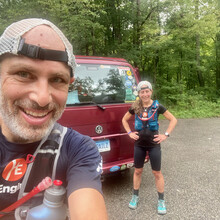 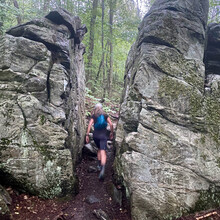 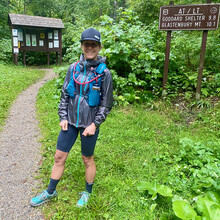 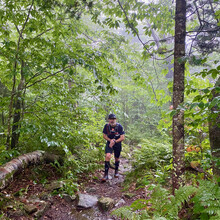 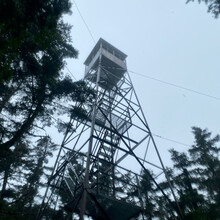 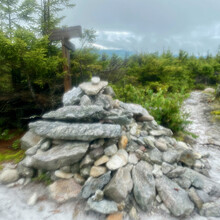 Yesterday, Debbie and I returned to Glastenbury Mountain for the 4th time since 2015. We first hiked the Glastenbury/West Ridge Loop (with our kids) in 2015. We returned to run the loop in 2016, but it wasn't an all-out effort, so we had always planned another effort. That effort came yesterday in a driving rainstorm. Our son has dubbed this section of the Long Trail, "the eternally wet forest." The LT was indeed wet and the rocks were very slippery.

The West Ridge Trail was a bit overgrown (ferns and other plants) which disguised the many roots. It was a hard run on a nasty weather day, but we had a lot of fun. After a strong run, we feel like we finally did this route justice. The fast times that some of the men have posted since the route was made official, are unreal. You have to run the downhills with reckless abandon, and that has its consequences. Debbie had a strong run and I just hung on for dear life. I had three hard falls, but I'll get over it. We love this 20+ miler.

Nice work! It's a great loop. I can definitely identify with the unfinished business feeling.