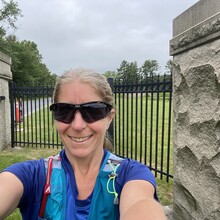 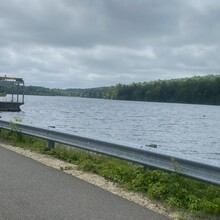 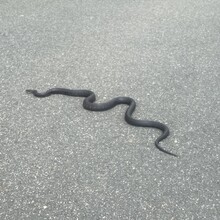 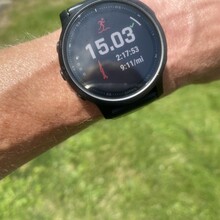 It had been a long time since I ran in West Hartford Res. It's a lovely place for running, hiking and mountain biking. The FKT course was interesting...... It felt very random as there was no rhyme of reason to which paths/trails were chosen. My first mistake was taking a mountain bike trail that paralleled the walking trail very closely but it was much more wavy and probably longer. I ended up on the same one somehow on the way back! I used the gpx file on my watch but that created a problem when the FKT overlapped a couple times. I should have also taken a paper map with arrows on it to know which way to go when the FKT trail intersected itself. I chose incorrectly every time! Still, it was nice to be out and pushing the pace. Just watch out for the black snakes sunning themselves on the tar around the reservoir! I carried 1L of water and a small bar which I only too a bite out of.