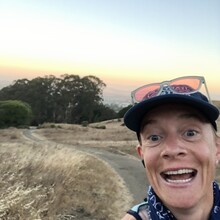 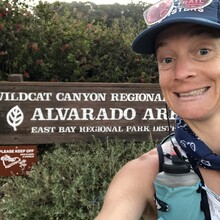 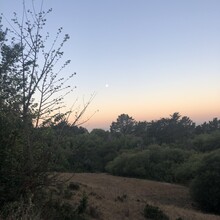 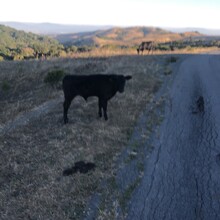 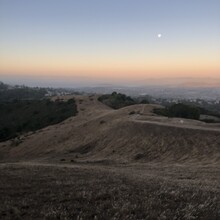 Started at 5:51 at the location mentioned in the other FKT runners' reports. This is day 10 of the Aravaipa Summertime Binge 10 day race, for which I've run 50km at least every day. Didn't set out to do anything but run steady. My legs felt pretty good early. Lots of way finding errors though as I am not familiar with the way the trail links up. Followed the Strava route I made from Paddy O's run but still had to stop several times to ensure I was on the right trail. Had a bad fall at mile 18 on French trail which made me think I might need to drop as my achilles attachment and knee were hurting. Walked a bit through that section to loosen it up. After a few miles, it felt better and I pushed even though it was getting warmer. Once down the West Ridge the route becomes super runnable, if not grindingly hilly, but I felt like I pressed hard. I knew I was going to capture the unsupported FKT if I stayed strong but I thought I was behind the overall women's FKT and didn't realize it until basically I was at the end. Ended up tying with Lucy exactly, which is crazy. This is a fun challenging route!

I carried all my food and hydration and didn't utilize anything on route.