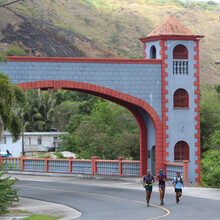 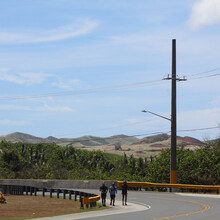 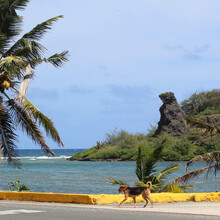 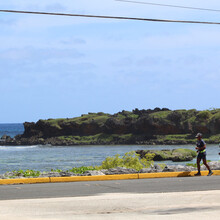 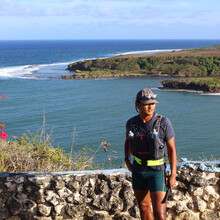 I ran the Perimeter of Guam in a figure 8 fashion, for a total of 100 miles. This run was accomplished with the help of Brandon Perez, Johnny Barsano, Frank Camacho, Nathan Brown, Godwin Quitugua Roman from Fokai, Southern Mountain Gear, Kestrel Lehrman, Gage Quitugua, and Magdalena Steele.

Water was provided by the crew, as the run was fully supported by The Tribe Collective.

The run was difficult in the torrential rains, the heat of the island, humidity, and the hills of the southern part of Guam.

The run was accomplished with help of the support of Guam.