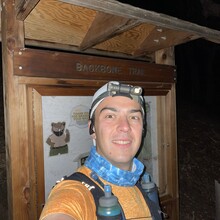 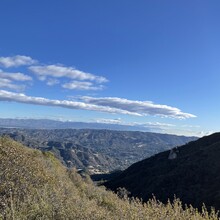 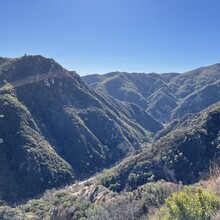 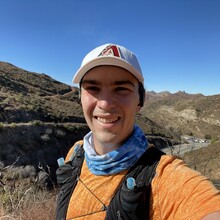 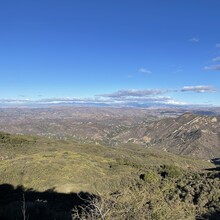 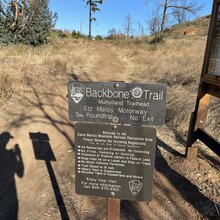 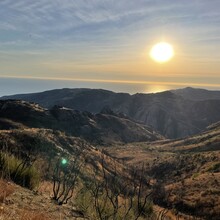 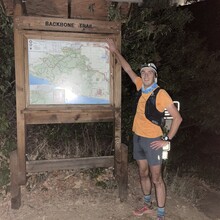 My first attempt at a thing like this went about as I would have expected. I started at 5:54AM at Will Rogers State Historic Park with about 15 pounds of stuff in my pack and 4 water caches at Old Topanga Canyon, Malibu Canyon, Kanan, and Yerba Buena road crossings; 3 of them survived and the Kanan one was punctured by a rock (probably fine) or an animal (rabies). I had scouted out the trail in sections over the previous 2 months, so I had a decent idea where the big climbs were, but I still started death-marching the hills around mile 40, likely due to my still-poor fueling skills. Looking at my pace around mile 50, I realized that an FKT was pretty hopeless, but I managed to put a few okay miles together and got to the top of the Ray Miller descent with a small chance of squeaking just under the target time, which I did by about 3 minutes.