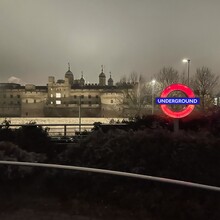 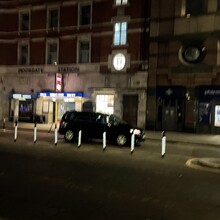 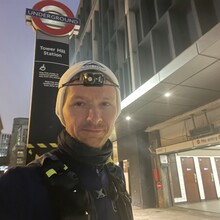 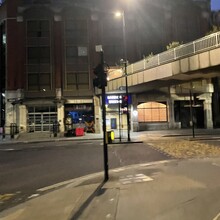 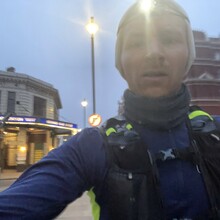 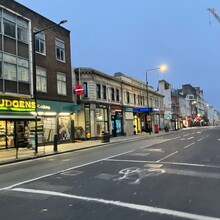 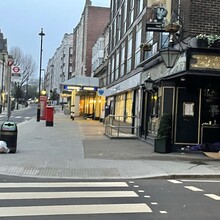 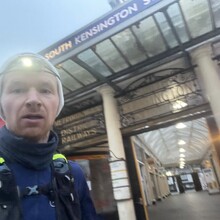 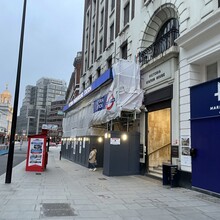 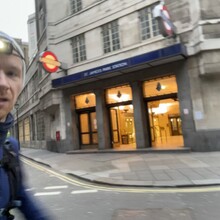 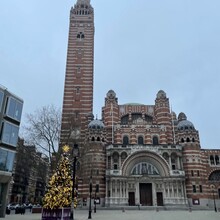 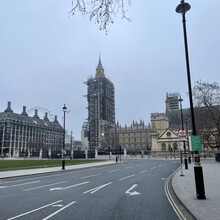 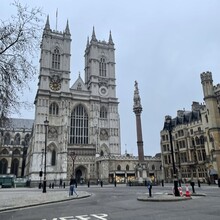 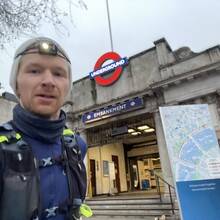 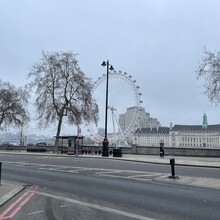 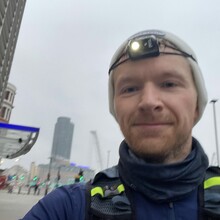 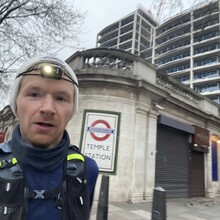 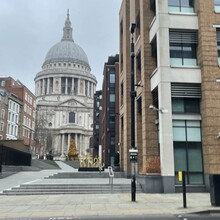 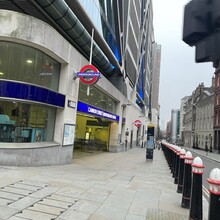 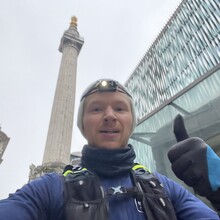 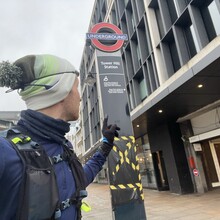 Having seen David's FKT set just before Christmas Eve, I wanted to give this a try - running a London tube line end to end (or all around in this case) is always a fun way of exploring a few new streets and I had never done the Circle Line before. I had originally pencilled this in for the first weekend in January, but decided at short notice on New Year's Eve to try this early the next morning - which meant I was a little short of sleep, but on the flipside I had the benefit of even quieter roads than has been the case in lockdown generally, definitely a plus point since there are some stretches in this route where traffic could get busy at other times.

As it is a loop, you can start from any of the 27 stations and choose your direction - I started from Tower Hill station (simply because it is the closest to home for me) and went anticlockwise - this has the benefit of getting Euston Road (the least interesting part of the route) out of the way relative early, and also leaving the most scenic stretch (from Kensington via Westminster along the Embankment back to the Tower) for the end (and daylight). It is overall a flat route, but (if going ACW) has a gentle uphill from Farringdon to Kings Cross station, and a bit of gradient just after Notting Hill Gate - but then you are rewarded just at the halfway stage by a very welcome downhill recovery on Campden Hill Road.

I did this unsupported and it's not a problem, being only just over half marathon distance, but if you don't want to carry any supplies at all, there are plenty of shops along the way.

In truth, I think I was only very marginally faster than David (if at all) - the majority of the time difference comes from avoiding a couple of detours and dead ends which David ran into and which might have cost him up to 2km (and I owe him thanks because I might not have avoided these if I hadn't paid particular attention to the difficult spots he identified). I knew most of the route well except for the western bit between Paddington and South Ken (and the stretch between Farringdon and KX which feels like the longest single stop - don't panic there), but unless you know all your side streets and alleys extremely well, I'd highly recommend mapping it out and putting it on your watch (which I did the night before). The only thing I'd change about my route is at Gloucester Road station where I'd go the other way round the block (Cromwell Rd and then Gloucester Rd rather than Ashburn Pl and Harrington Gardens) - this is the only station which I didn't manage to take a snapshot of on the way - I got all the other 26 and missed out on this one because I only saw it from a distance going past (but this change is distance neutral).

Undoubtedly, fast HM and marathon runners can shave much more time off this - this FKT might eventually settle below 75 minutes. Either way, it's a fun route round central London with many sights along the way!