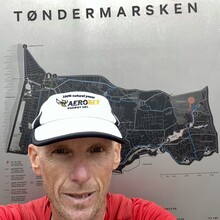 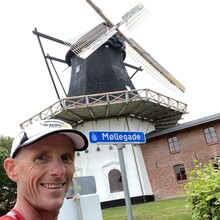 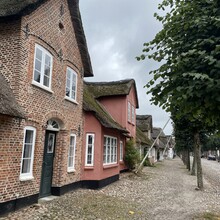 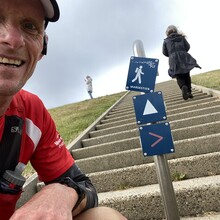 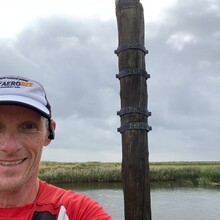 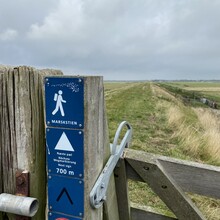 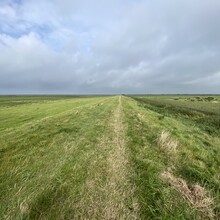 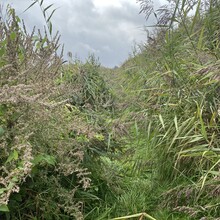 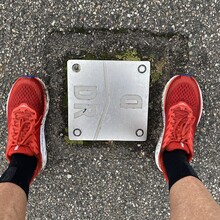 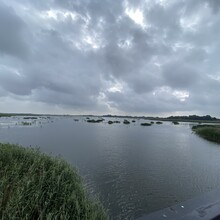 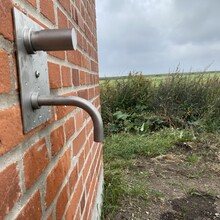 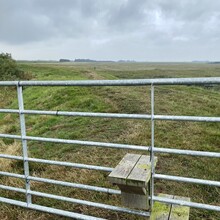 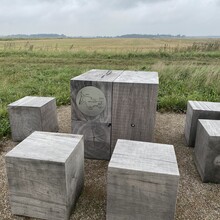 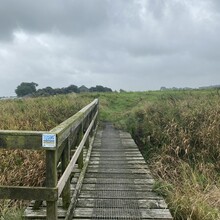 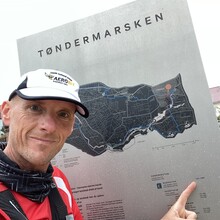 As noone has visited this route so far, I decided to give it a try and add a "First known time", someone has to do it ;-)

The danish marshland near the border to Germany is manly flat and you can enjoy wide views, even if you're only running on a 10m high dike.  I started in the town Tønder and followed the very well marked route signs, leading out of the small city and into the marshlands.  No elevation what so ever. Since there are some public restrooms along the way it was fairly easy to refill water along the way - for me at km25, km33 and km50.

At one point you are right at the danish-german border, placing one foot here and one foot there which is quite a nice feeling!

Running ground is partly on gravel roads, some pavement but lots of unregular grass on top of the dikes.  Some sheep keep the grass short and you have to open and close quite a few gates on the way.  Still remarkably well marked path, you could actually run the course almost without a track on the watch.

The small towns of Hoyer and Møgeltønder are very pretty, some roadconstruction work at this time in Hoyer.

The churches of Møgeltønder and Tønder are landmark which lead you back to the starting point.

At my FKT-attemp the weather was fine, no sun, moderate temperature and presented Denmark as a land of green and grey.  Must be beautiful with sunshine, though.

Thanks for reporting this route - it's well worth running!