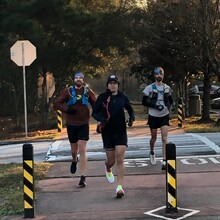 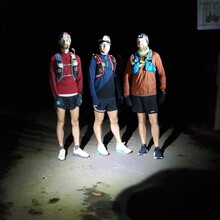 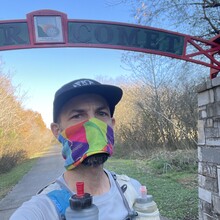 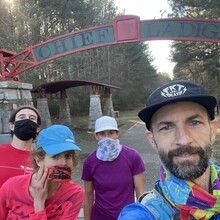 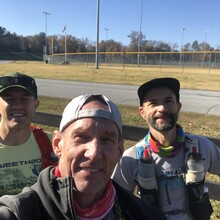 Clint Hawkins, Taylor Busch and I, Eli Dickerson, set out as a team with the goal of at least one of us getting the supported FKT for the Silver Comet Trail today heading west from mile zero (Mavell th to Alabama border).  We started about 5:45am to stay ahead of a large group from Atlanta Triathlon Club and we had cool, but perfect weather. We all stayed together through about 45 miles when we began to space out. A stellar crew including our friends Allison, Ben and Carissa played a major role. Along with pacer pals Linc and Mike. We also had a photographer, Matthew, documenting the experience on bike. What a day. It was a team effort. I just happened to have a tiny bit extra in the tank today. Thanks to James Wray for the route intel from his amazing summer FKT on this route. Whose gonna drop the time under 9 hours now???

[Admin note: Clint, Taylor, and Eli all broke the FKT, Clint and Taylor finishing in 9:17:25 and 9:30:19 respectively, but since Eli was the fastest only he is officially listed.]