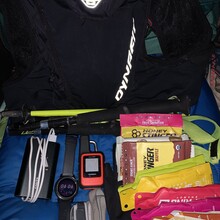 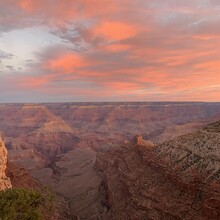 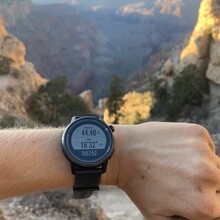 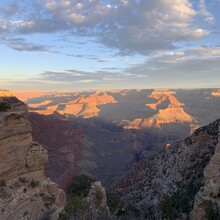 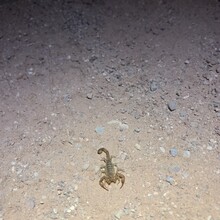 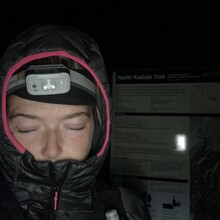 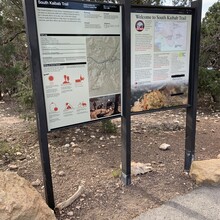 Grand Canyon 2xR2R2R. Solo, self-supported. Started around 7am Saturday. Warmed up very fast. Felt strong and controlled my first lap, getting back to the top of South Kaibab in just shy of 10 hours. Ran back along the rim to where I had my car parked, which functioned as my "aid-station." Did not linger long- resupplied on nutrition and warm clothes for the night. During my second lap, I immediately felt much weaker descending into the canyon at sunset. Felt very lethargic running through the base of the canyon at night, especially given the fact that this would be the longest I had ever spent on foot. Around mile 63, I was having a difficult time breathing and started coughing up a little blood. Despite wanting to quit, I knew that I could grind out the climb to the top of the north rim no matter how slow. Very windy at the top. Was dizzy and swaying a little on the run back through the canyon so took multiple dirt naps for a few minutes at a time. Felt much better on the last climb out of the canyon once the sun started coming up sunday morning. Made it back to the top of the south rim around 9am and then ran back to my car.

For nutrition, I was able to get down more solid food on the first lap (gomacro bars, honeystinger waffles, energy chews), whereas during the second lap I ate mostly spring energy/gu gels and liquid calories (skratch). For water, I brought a filter bottle in case I needed to refill at the stream before cottonwood. The water pumps were turned on at the colorado river as well as cottonwood campground. Water was turned off at the north rim. Brought a garmin in reach mini, which died at the top of the north rim during the second lap. Also brought a coros apex watch, which died on the final climb up the south rim. Overall, content with this effort though I know if I feel better next time I could get it well under 24 hours.