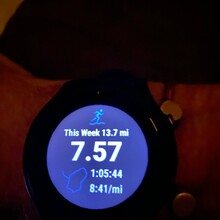 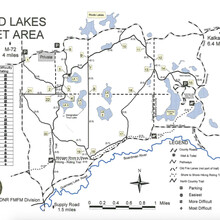 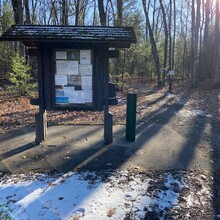 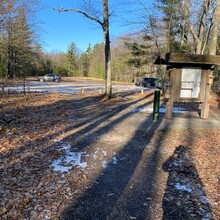 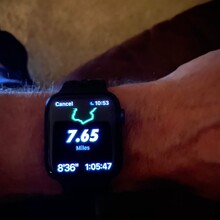 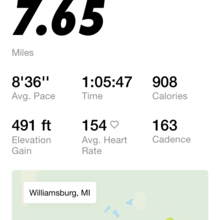 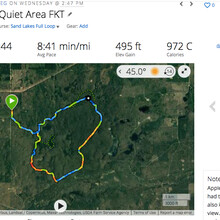 The FKT attempt started and finished at the Sand Lakes Quite Area on Broomhead Road just north of Sand Lake Road.   The official start and end point is obtained by touching the green pole.  One hand is on the green pole when I started the watches at the beginning of the run and the green pole is touched with one hand before stopping the watches at the end of the run. I ran with two watches – a Garmin 945 and an Apple Series 6 running the Nike Run Club App.  The Garmin 945 was the official watch and the Apple was used for verification.  I submit the distance as 7.57 miles and the time was 1:05:44 or one hour five minutes and forty four seconds. The course map is visible next to the time in the submitted photo.

The display had to be scrolled slightly to view the time while also keeping the bottom half of the course in view.  I started the Apple watch before the Garmin and stopped the Garmin before the Apple watch, hence the three second difference in time.  The Apple is touch screen and my fingers were sweaty so took a few touches to complete the timing cycle.

I ran alone, carried on SIS gel, no water.