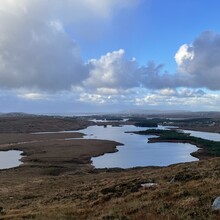 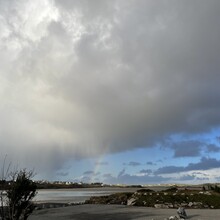 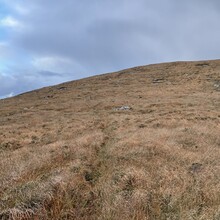 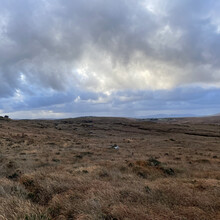 Fun winter day out. I did this as a training run with a 5kg pack and the December underfoot conditions and wayfinding were pretty dodgy in places, so it would definitely possible to cover it quicker - but thought I'd put a time down to encourage people to enjoy this nice loop. Unsupported - carried all food and a couple of litres of water.

Terrain was a tale of two halves - pretty much everything was either paved roads, or featureless shin-deep bog. The route is very well waymarked, but even then it was tricky to follow across some of the open boggy bits and I definitely spent some time faffing around trying to spot the next waymarker - the gpx route provided online is not 100% accurate for these bits. There was a pretty hefty final climb which took me by surprise! Weather included some delightful horizontal hail but also some sun and a rainbow, and I finished in the dark.

Hiked the Sli Na Finne with a friend a couple of days later, which was also beautiful https://www.sportireland.ie/outdoors/walking/trails/sli-na-finne-sli-dh… if anyone wants to have a bash at running it!