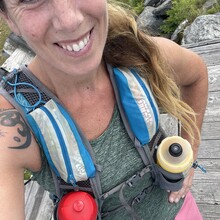 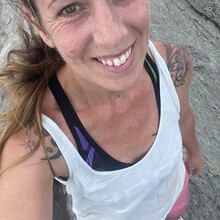 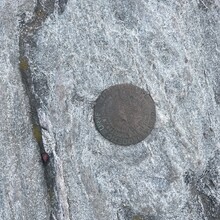 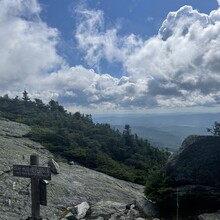 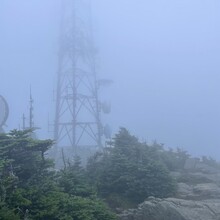 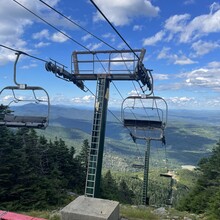 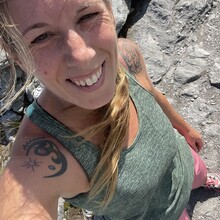 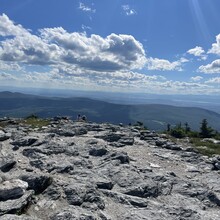 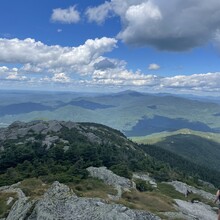 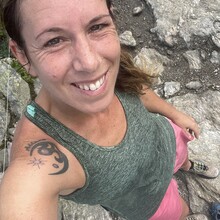 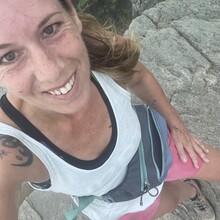 I have always been a planner. I love forming detailed, specific goals. I like making charts, organizing gear and prepping for the big day. Tackling the VT4000’er Fastest Known Time had been in my head for 3 weeks prior, basically the day I learned that such thing existed, I started planning. For the past few years I have ridden my bike to multiple Vermont Peaks, even wrote a book about it, so in my mind, I should be able to run them...right? I spent a few weeks talking about it, visualizing it, studying maps and readying to surrender myself to it. July 29th was that day. My plan was for 12 hours total time. I pretty much spend my summers in Killington and have been up and down the mountain more than 50 times on foot or bike..but never on the "A" hiking route, the route they use in the death march event, Its super steep and the shortest point to point. I decided the day prior to explore the trail to get familiar with it. Running up in about 43 minutes, I texted my brother elated.."I feel strong". He joked not the best idea the day before a FKT, but okay... that afternoon the achilles was a bit tight and I was nervous I overdid it. I went and swam some laps, then began prep. Gas the car, cooler, bottles, body care, socks, food, everything laid out. I slept in the van at base of Killington. Woke up 5am super ready! 5:30 am I took off up A trail again. This time even faster! Summited into cloud cover in 6:11 am, 40 min up. Took off quick on the way down headed down C trail. On way down ran into a mom bear and 2 cubs on road. It was the only way down and they were not moving. I ran towards them and the 2 cubs went up a tree, the mom came near me. I thought about going down a super overgrown ski slope, but instead ran back up the mountain for about 4 minutes, just to keep moving. I then turned around and went back down, they were now gone, but I was moving quick just to be sure. Arrived at the car at 6:40 am. Drive to Mansfield was mostly fine. Road work on 100 had driving slow going. A road out in Waterbury made me have to turnaround and find another way, but overall it was fine. Started up Mansfield on Long Trail at 8:45 am. The trail was a river. So wet, super slick. My socks and shoes were soaked. I had to go slow not to slip. With focused intent I climbed, hard. Once I hit Profanity trail, I thought I should take it, thinking exposed rock may be wet, I started down it but like 2 minutes later, changed my mind and headed back to LT. Up to the chin was actually dry. I made a mistake here. I thought the summit was were the cars park to drive up, so I kept running, fast..almost 1/2 way there across the ridge, I saw a sign pointing the summit behind me, I had already run over it! lol. What a fool. Summit 10:15 am. At this point I looked at map and found another way down that I thought would be faster. I descended to the Haselton trail. Super wet as well, not super fast. I ended up doing a few extra miles. At car at 11:15. By now I am about 30 minutes behind where I wanted to be. Drive to Camels Hump Burrows trail. I was nervous as I had never done this trail and had just come off the mix up at Mansfield. I also heard parking can be rough. Pulled into the last spot, which fit the van amazingly. Started up at 12:30. Summit came quick. My legs were so fresh and ready to go. It was like out of body experience how good I felt. I was surprising myself. Reached the crowded summit at 1:30, then back to car at 2:20 pm. I had switched my trail Saucony's out for road ones and they were so light and springy. I felt like I was flying. Quick drive to Lincoln Gap. I did my now routine, sock change, Boiron Arnica Leg Cream, Kanberra Taint Paint for Chafe, Bottles and food and was off headed up at 3:15 pm. I have done this section so many times and love it. I had texted my brother to line up a plan that I would summit Abe, then run to Ellen finish, then run back to Lincoln and descend the ski slopes to the base lodge where he would grab me. I still felt super fresh up Abe. Thinking of my kids, of my brother past, focused on each stride. Summit Abe at 4:15. The run to Ellen is beautiful. I knew at this point I should be able to make it for 12 hour goal. It was only about 3.1 miles. I pushed on, focused, feeling the emotions of an epic day coming to a close, thinking of the next FKT and the next. Proud of my body, for fighting strong, even though I have been fighting some respiratory thing for the past 4 weeks. It was 5:20pm. I had Trailforks open and could see my blue dot moving closer to the summit with each stride. I pushed hard and finished in 11:53. A sat down on the ski chair and glanced out over the mountains, totally pumped on setting a new FTK self supported women record. Texted the bro "I did it". See you at the base at 7pm. I thought the way down to just take it easy and take my time, but I found myself still bouncing down the trail...totally alive. Can't wait for the next one.