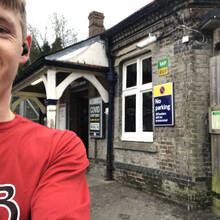 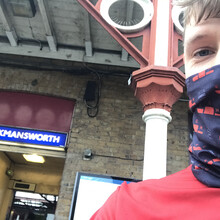 After having this taken off me by the legend (David) Bonemeister I had to come back and show what the locals are made of...

24 hours later I started off at Ricky station, moving quick to make up as much time as possible and was surprised with how fair the conditions were, I was expecting a lot worse!

First few miles were easy and flat and not too busy on the narrow paths, meaning not too much trouble before I got to the muddier/hillier parts. Just before Chenies I started to hit the bogs that slowed it down a bit but I persevered through to make it to the big hill in Latimer with relief to know I had 5km left with 25 mins, I was right on track to beat the fkt with a few mins to spare.

Some more mud along the chess while entering into my hometown, Chesham, but after that the last km is mostly gravel path/concrete so allowed me to push until the end and knock off almost 3 mins the previous time!

Looking forward to the summer time when this route will dry up for some even faster times, but still will be tough with the amount of gates there are especially in miles 6-9

Just a couple sweets for fuel in the last few miles and no fluid needed.