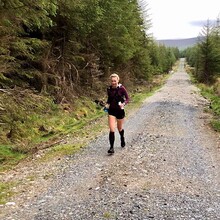 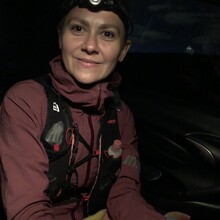 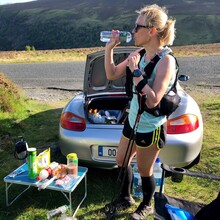 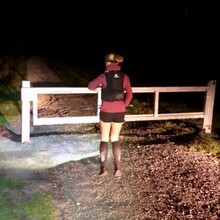 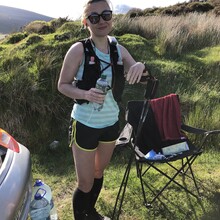 After a failed attempt in 2020 I was determined to come back and complete the Wicklow Round within the 24hrs on my own with a support crew only at the allowed road crossings. During the beginning of 2021 Ireland was in a lockdown and my training was confined to a 5km radius around my house, which was nowhere near the Wicklow Mountains. As soon as the restrictions eased I quickly began running long recce runs of my planned routes. After about a week of weather watching a window opened and I quickly put up my announcement on the IMRA website as per the rules. IMRA quickly supplied me with a tracker and there was nothing left to do but get to 'The Gate' for 2.30am on the Monday morning 7th June.

It was the perfect day and my best run ever. Good weather played a big role especially during the night making navigation less of an issue so I was able to stay good on my planned lines. As the summits passed without issue I was able to keep the positivity up and stay focussed which made me push as hard as I could till the end. My partner John and friends Tom & Frank met me at each of the allowed crew points to fill my belly and keep me in good spirits. As the day progressed I began to put down quicker splits than planned and started opening a gap on the current women's record held by Karina Jonina. Unlike the previous year my fitness did not let me down and I was able to maintain a good pace right to the finish line, 21hrs 16mins 15secs after leaving.