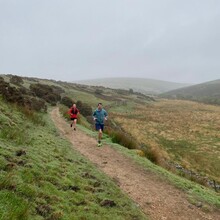 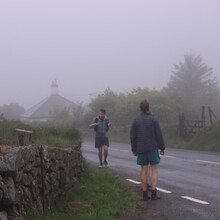 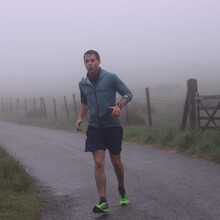 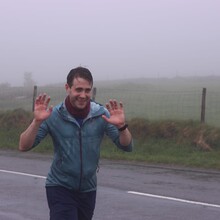 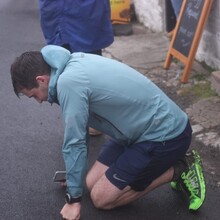 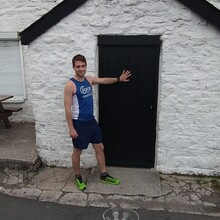 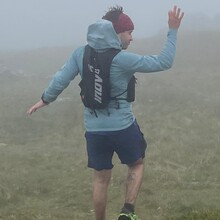 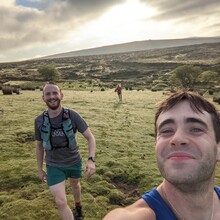 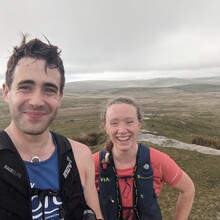 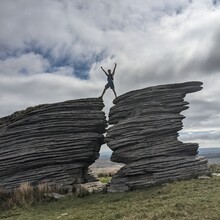 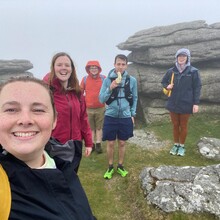 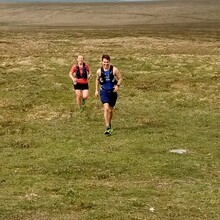 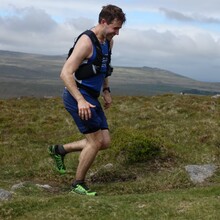 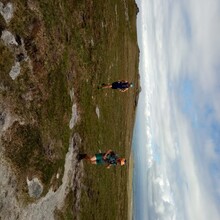 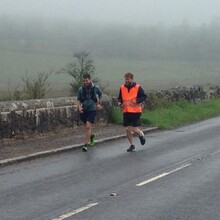 I had been training for this run for the last 3 months preceding the date. Living near Dartmoor allowed me to double up my runs as recess. I was already very familiar with the northern part so that just left the Tors near Two Bridges and the murky isolated depths of the boggy central moor. I tried figuring out alternate routes to avoid some of the elevation/distance based on the satellite pictures but those plans came up short when the sheep trods gave way to vast plains of ankle-breaking tussocks and not much else. So I kept more or less to the original route with a few more out and backs to facilitate road running, which whilst not as scenic, was certainly quicker for me. Probably most notably my route started by capturing the Hameldons at the beginning as an out and back, rather than getting them in a loop in the end - I thought this would help a bit more psychologically near the end to know that as I was coming off the tough terrain around Devil/Rough/Crow Tor I would at least be on the home straight. I also chose to cut from Great Kneeset to Hanginstone Hill instead of detouring to Dinger Tor which I collected later after High Will Haze - This risked a very boggy slow section but because it had been so dry it was just about runnable. A bonus was finding the Cranmere Pool Letterbox and finally getting my name in.

Fortunately, the weather had been dry all week and left the running conditions on the moor pretty good for the attempt. Although Dartmoor is never without its bogs, as my mud stained calves can attest to. The forecast was for sun and cloud all day but as should've been expected, Dartmoor had different ideas. After some blazing sunshine on the miserable climb up to Yes Tor, the mist rolled in and didn't abate for the rest of the day. Despite having a well thought out GPX file to follow, the sheep trods I'd previously recced in better visibility didn't always make themselves known, making for a bit of zig-zagging across boggy, tussocky mess. The mist also gave an endlessness to the plodding between the Tors but it was always a nice feeling seeing the granite outline emerge from in front of me to confirm I'd been on track.

I had great support from friends and family out on Tors to give me food and drink. I also had some runners doing longer sections with me which made the whole experience a lot more pleasurable.

At 80km the rain and mist had really soaked through into my soul and was losing motivation but luckily I was on the "home straight" and was able to find the will to put one foot in front of the other.

A really fun route that offers plenty of challenge and beauty. There may be a nicer route to follow but I think this was the fastest for me.